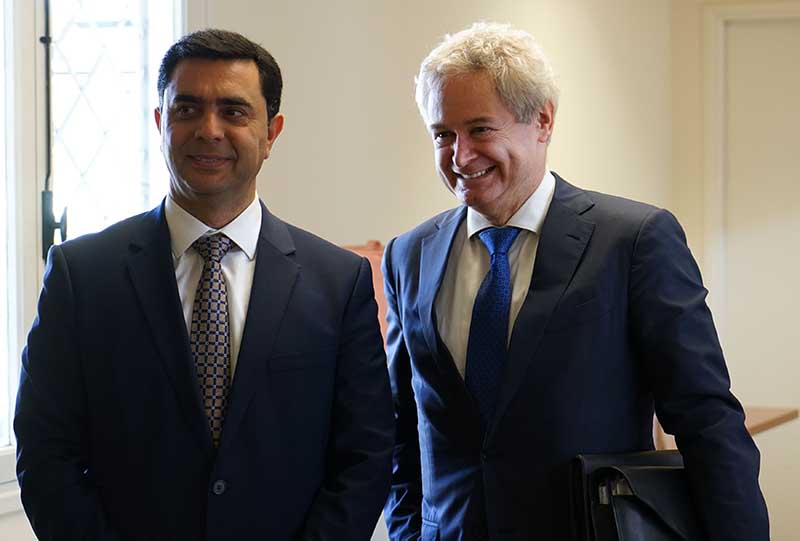 Greek and the Turkish Cypriot sides, Andreas Mavroyiannis and Ozdil Nami will meet on Monday morning to “prepare Wednesday’s meeting between the leaders of the two communities, to organise their work and plan” future moves, an unnamed source told the Cyprus News Agency (CNA).

After his meeting with Turkish Cypriot leader Mustafa Akinci last Thursday, President Nicos Anastasiades said they decided to meet February 1 to agree on the procedure and the methodology to be followed at the talks.

He said at Thursday’s meeting, the negotiators briefed them on the discussions held at technocrat level on January 18-19 in Mont Pelerin, Switzerland.

“It was decided to continue the dialogue in Cyprus, on all subjects, with the determination to work in order to narrow existing differences or if possible conclude on the majority of the subjects,” he added.

The President said the negotiations would continue on all the six chapters and the Wednesday meeting would determine the procedure and the methodology to be followed at the negotiations”.

Tens of thousands in US cities protest Trump immigration order