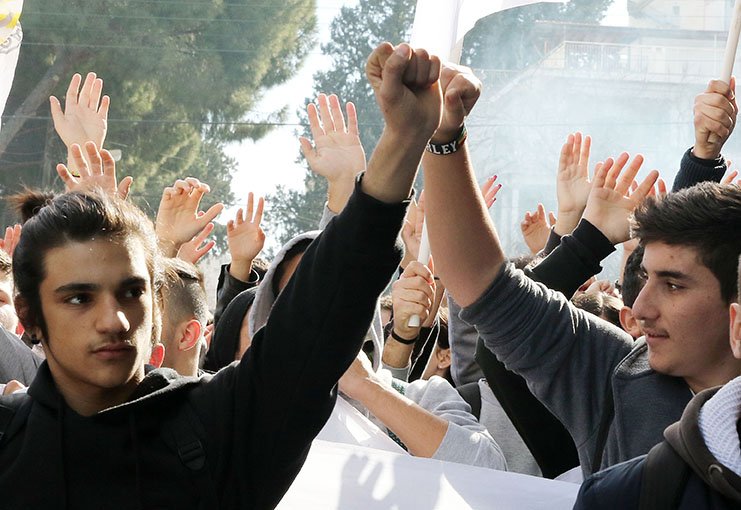 The head of the House education committee Kyriacos Hadjiyiannis warned parents and students on Wednesday that no one had the right to close down schools after a parent organisation called on students to abstain from classes on Thursday.

The group, representing secondary school students, called the student walk out to bolster their demand that the House of Representatives postpone their vote on bills covering new school regulations.

The two bills are slated to be put to vote before the House plenum on Friday.

In an announcement, the association said that they are making this call after their demand for a postponement was rejected. Parents said that their aim was to improve the proposals “to ensure their better and more efficient implementation for the benefit of our children and the educational system”.

Parents called secondary education students to abstain from classes on Thursday during the third and fourth periods so that they can “unite their voices”. They also called on all those teachers who share the same concerns to join them.

The new regulations on secondary education include the introduction of exams at the end of each semester. Parents and students oppose the measure, saying it would turn schools into nothing more than exam centres. Students say it would put additional stress on their shoulders and would force them to take even more afternoon classes.

Hadjiyiannis said that it was up to the plenary to decide whether to postpone the vote and that the abstention call did not represent the majority of parents and students.

“What right do parents have to close down schools? These are not all parents, they are a specific group of students and parents that come from one and only one party,” Hadjiyiannis said. The Disy MP had said previously that the protests against the new regulations come from groups affiliated with the main opposition party Akel.

Commenting on the student protest that took place two weeks ago outside parliament, Hadjiyiannis said that if one thousand participated, “where were the other 49,000?”

“Do they have, or does anyone of us have the right to trample the rights of the 49,000 because some are able to politically mobilise students?” he asked.

The education ministry has so far rejected pleas for further negotiations with stakeholders, arguing that an exhaustive six-month dialogue had already taken place. Minister Costas Kadis had said that the proposed regulations were based on scientific evidence and their aim was to “provide students with the best education and upgrade the educational system”.

Secondary education student body Psem said called on all students to stage a protest during those two periods within their schools.

Psem, however, also took it a step further, instructing pupils to leave school at the end of the fourth period, “as the last measure of reaction and pressure on the House”. Their abstention from classes for five periods, they said, was to send a message to MPs that voting for the bills, would mean the end of “compassionate education”.

The student protest organised by Psem two weeks ago, outside parliament to put pressure on the same issue, turned ugly as some of the protesters threw stones, flares, sticks, water bottles, sandwiches, and anything else they could get their hands on at police officers and journalists.

A survey carried out by Psem in November among 13,500 pupils showed that the majority objected to the introduction of exams at the end of each semester. The education ministry dismissed the survey, saying its findings were not valid as some of the questions were pointless, while others were phrased in a misleading manner.