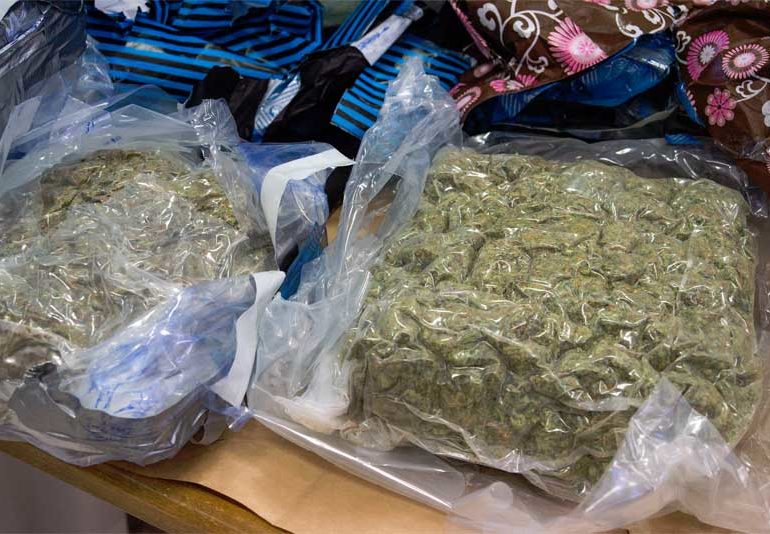 Limassol court on Wednesday imposed heavy sentences for drug offences on two men, one of whom was a British bases policeman.

The policeman, 33, and his 40-year-old associate, from whose warehouse a large amount of drugs were located, each received 12 year sentences.

Drug squad officers seized 1.16 kilos of methamphetamine (crystal ice), 26.1 kilos of herbal cannabis and 1.340 kilos of cannabis resin in a raid carried out in Souni village on May 14, 2015.

The wife of the former policeman was handed down a three-year suspended sentence after 480 grammes of cannabis resin were found in her home. The court took into consideration the fact that she has a baby which would be left without both parents after the imprisonment of her spouse.

A third man, 32, was given an 11-year sentence in August, 2015 relating to the transportation of the drugs in his car. The man, who worked in the healthcare services of the British bases, admitted to charges of conspiracy to commit a crime, smuggling, drug possession and illegal possession with intent to supply drugs.

The operation was organised after police received information that two people from Limassol were due to take possession of a large consignment of drugs and transport it to the house of a 33-year-old to supply to others at a later stage.

Drug squad officers, who were monitoring the road leading to Souni where the 33-year-old policeman resides, spotted the man’s 32-year-old brother making his way towards the village and put him under discreet surveillance, following him to the residence.

On realising the presence of the police, the suspect attempted to escape, driving his car towards officers, hitting their car and injuring one

A search of the 33-year-old’s house with his wife’s consent resulted in 480 grammes of cannabis resin being discovered in a cupboard.

The 31-year-old woman along with the 32-year-old ware arrested, after which a warrant was issued for the 33-year-old as well as a 40-year-old man in charge of the warehouse from which five containers containing cannabis were loaded from.

In a statement issued later on Wednesday, the British bases welcomed the court’s judgement to impose a lengthy custodial sentence.

Bases police chief constable Chris Eyre outlined the commitment of his force to uphold the law within the community and to maintain the very highest of policing standards. He emphasised that the officer’s offences were not connected to his work as a bases’ police officer.

“This person has failed to uphold the highest values and standards expected of my officers and this will not be tolerated. There is simply no place in our police force for a person like this, he is nothing more than a criminal,” Eyre said.

Following his conviction, the officer will now face a formal bases’ police hearing.