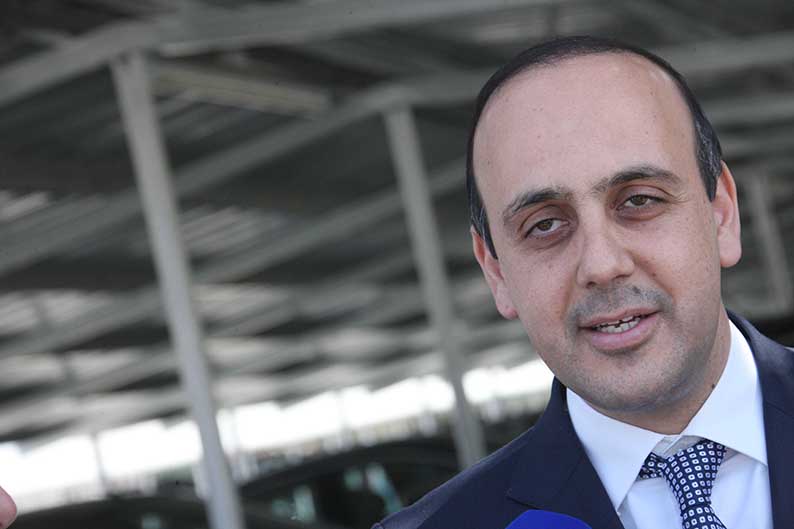 FILES and documents concerning possible scandals under investigation have gone missing from the archives of the Paphos municipality, mayor Phedonas Phedonos said on Friday.

Speaking on Politis radio, Phedonas said among the items missing were the original contract of work done on Paphos’ beachfront road from 2007 to 2010, which was budgeted at €5m but ended up costing €8.5m, the records of an investigation into a case of suspected wrongdoing with regard to billboards, as well as the file of land expropriated in 1993 so that the municipality could operate an open market, in which the owner later claimed 21,000 square metres of land back.

According to Phedonos, records showed that the files were last withdrawn by the municipality’s legal advisor Polycarpos Philippou last February, who claimed to have since returned them.

The Paphos mayor said there is no evidence of the files ever having been returned.

Municipal secretary Themis Philippides reported the lost files to the police, who searched Philippou’s home but found nothing.

Police are expected to question several people involved in the archiving and keeping of municipality documents.

“This is an island-wide phenomenon, it’s not a matter of what goes on in Paphos only,” Phedonos replied when the anchor expressed wonder at the goings-on there.

“The lost files may not be the essence of the scandal, but it is a very serious matter, because it may impede investigations.”

Phedonos said that five months ago the municipality installed cameras, an electronic entry log, and a fire alarm in the archives area, because “I was concerned that, when people have something to hide, they may resort to such things”.

“Rest assured that no one will be let off the hook,” he said.

“No matter what they do, whatever they may come up with, none of them will get away with anything. The best thing for them is to confess what they have done, so we can finally be done with these things.”

Meanwhile, municipal secretary Philippides has volunteered to be suspended from his duties to assist in investigations after criminal charges were filed against him on Thursday, with his lawyer Aristi Korakidou-Makridou saying that none of the charges against her client could be substantiated.

She said that Philippides has also been charged with counter-signing cheques issued to the municipality, which she explained was normal procedure in all town councils.

Opening up a different front, Paphos mayor Phednos also said that a much bigger scandal – this one relating to football – is brewing and “should break” soon.

“In our country there is a huge network of betting in Asia,” he said.

“This is a well-backed network. The most powerful of its tentacles are in Limassol, Famagusta and Nicosia, and they make many, many millions every year. There are people in the Cypriot football scene whose tentacles have reached outside Cyprus, and they have special relationships with [disgraced former FIFA chiefs] Michel Platini and Sepp Blatter. Paphos is a midget compared to what these people are doing.”