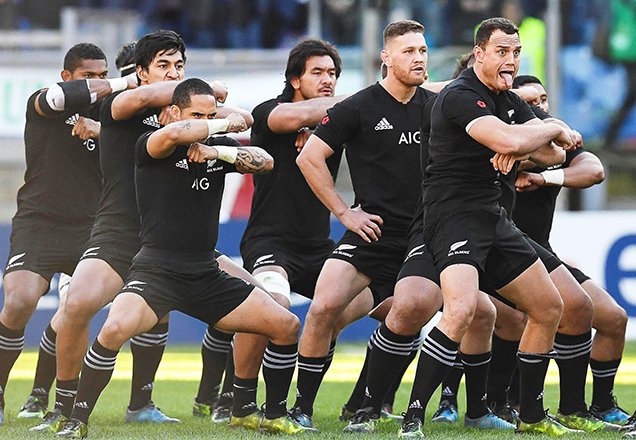 Harry Kane’s second-half penalty was enough to seal a 1-0 win over Middlesbrough on Saturday night as Tottenham extended an 11-match unbeaten run, but they are still nine points behind runaway leaders Chelsea

Australian police have arrested and charged a 51-year-old man with public mischief after an investigation into the discovery of a listening device at the All Blacks hotel in Sydney ahead of their Rugby Championship clash against the Wallabies last year.

The world champions notified police after they discovered the device in their team meeting room at their eastern Sydney hotel in the days leading up to the Aug. 20 clash.

“A man has been charged after a listening device was located in a room at a hotel in Sydney’s east last year,” New South Wales Police said in a statement on Tuesday.

“An investigation was established in August 2016 by detectives from Rose Bay Local Area Command to investigate allegations a listening device was located in a room at a hotel in Double Bay.

Police added the man was employed as a security consultant at the time of the alleged offence.

However, All Blacks coach Steve Hansen said the charge seemed “bizarre and unbelievable”.

“It’s very hard to understand,” he said in a statement.

“The charged man has worked for the All Blacks, and many other organizations, for a long time and is someone who is trusted and well-respected by us.”

The Australian Rugby Union (ARU) welcomed the arrest but still felt aggrieved the All Blacks had not alerted police until the day of the game despite having found it in a chair cushion earlier in the week.

“On behalf of the ARU, I commend the NSW Police for their ongoing pursuit of this matter and for providing closure with a charge being laid against an individual today,” ARU Chief Executive Bill Pulver said.

“Clearly the media attention which resulted from it was a distraction that neither team needed on the morning of a very important test match.”

At the time, Pulver flatly denied his organisation had been involved, something he repeated on Tuesday.

“The ARU and the Wallabies were never accused of any wrongdoing, however it was still important that this matter reached a conclusion to provide complete reassurance to all fans that the organisation and the team had no part in any of this,” Pulver said.

“There may be some questions that remain but certainly today’s news is welcome news that an individual has been called to account over this incident.”