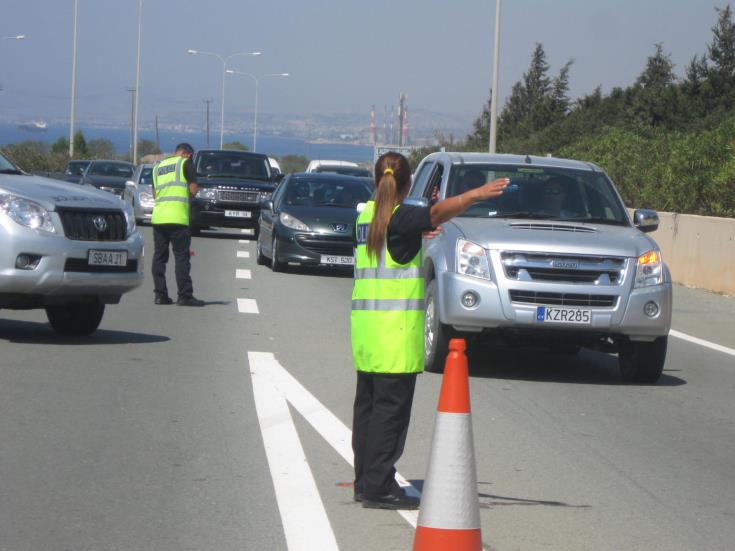 Sweeping changes that would include stiffer fines and harsher sentencing for wayward drivers, including slashing the points’ ceiling from 12 to 6, could be in the works if authorities take on the recommendations of a study released on Tuesday.

The bottom line of the study from the University of Cyprus headed by Professor Andreas Kapardis, was that in Cyprus no matter the penalties, if drivers did not think they would be caught, or dealt with harshly to the upper limits of the law when they were nabbed, they would continue to kill and maim.

Statistics cited during the presentation of the report on Tuesday to Justice Minister Ionas Nicolaou, police and other officials, revealed that based on police data, the total number of road accidents between 2011 and 2015 was 6,562.

However, this number only relates to accidents investigated by the police. According to the head of the association of insurance companies Stefi Drakou, the real number is estimated at 180,000, which she said “is frightening for a small place like Cyprus”. It boils down to one accident every 15 minutes, four every hour, 96 a day 365 days a year for five years.

Kapardis said his study found that the main reason for accidents was drink driving, in 27 per cent of cases, followed by negligent driving in 23 per cent, overtaking 14 per cent and excessive speeding 13 per cent.

The study also found that during the short time traffic cameras were in use in 2007, accidents fell by 14 per cent. Efforts are underway to reintroduce the cameras this year or early next year.

The research and the suggestions made will be used to form part of the justice ministry’s strategy for finding effective ways to reduce accidents.

Nicolaou said it was clear that traffic offences were not being adequately addressed by existing measures. “Inadequate penalties and the lack of immediate implementation does not act as a disincentive,” he said. But he did express the ministry’s readiness to immediately proceed with the submission of relevant bills “even within 30 days”.

He suggested setting up a joint legislative committee to process the bills. “As long as there a will… and I think there is,” he said.

Nicolaou said Cyprus was still acting under laws enacted 40 years ago on road accidents, which needed a drastic overhaul.

“The need to move forward in the modernisation of legislation and the revision of sentences is considered essential to strengthen the deterrents,” he added.

Some of the 21 suggestions included the UCy study and legislative proposals include reducing the points ceiling from 12 to 6, and setting maximum and minimum speed limits at 120kph and 60kph respectively.

Anyone exceeding 161kph by 30 per cent or more could be fined out of court but will be taken to court at a later date and have their licence taken away, receive another fine and/or be jailed for up to six months.

The penalty for causing death by careless, reckless or dangerous driving could be up to ten years, while abandoning the scene of an accident resulting in death or injury will carry up to three years in prison, a fine not exceeding €5,000 or both.

The sentence for driving in a way that endangers human life could double from one to two years, and if a motorist is caught driving under the influence of drink, drugs or medication, they could be imprisoned for up to two years.

Using a phone while driving, which currently carries a fine of €85 could also result in motorist receiving 2-4 penalty points.

‘No one expects to make money from tourism this year’