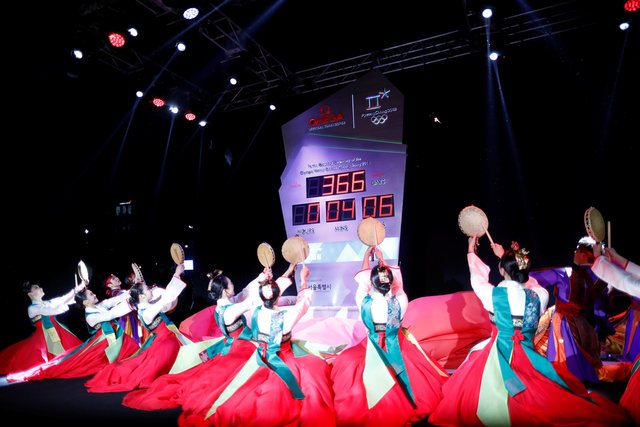 Pyeongchang has waited a long time to host the Winter Olympics, suffering two failed bids before securing success, but on Thursday the South Korean alpine town’s dream came a step closer with the one-year countdown to the 2018 Games.

Located in the mountainous Gangwon Province, some 180 kilometres east of Seoul, Pyeongchang will host Asia’s first Winter Games outside Japan and kick off an Asian Olympic cycle that reflects the region’s growing influence on world sport.

“We can say the era of Asia in sport is taking place,” said Lee at a news conference in the coastal town of Gangneung, which will stage the ice hockey, curling, figure skating, speed and short track skating events.

“It’s Pyeongchang’s vision to open a new horizon of winter sports in North East Asia and the world.”

The build up to the Games has been anything but plain sailing with organisers forced to overcome initial reluctance from corporate sponsors as well as a political influence peddling scandal that threatened to taint the Games.

Concerns from the international community about the security threat posed by North Korea were also raised at the news conference, but POCOG chief Lee sought to ease concerns.

“Any athlete from any country is allowed to participate in the 2018 (Games) as long as they promote peace,” he said. “North Korea is no exception.

“I don’t believe tensions have been rising on the Korean peninsula. North Korea has a right and a responsibility to participate in the Games – if they love peace.”

Lee also conceded that while the ongoing political crisis involving President Park Geun-hye had had some negative impact he said preparations had not been hindered.

Park was impeached over accusations she colluded with long-time friend Choi Soon-sil to pressure big businesses to donate to two foundations set up to back the president’s policy initiatives.

Reports in local media suggested contracts for the Pyeongchang Games had been tainted by the scandal but Lee rejected the accusation.

“I know people expressed some concerns about the current political situation and how it might affect the Olympics,” Lee said. “But it hasn’t had an impact on our preparations.”

Lee added that Korea’s National Assembly has passed resolutions in November to encourage government bodies to do their utmost to support the Games.

Taking place 30 years after Seoul claimed its place on the global sporting stage with the 1988 Summer Games, the Pyeongchang Winter Olympics will see South Korea join an elite group of countries to complete the ‘hosting grand slam’.

Only Japan, Germany, Italy and France have hosted both Winter and Summer Games, a soccer World Cup and a World Athletics championships.

The Games are scheduled for Feb. 9-25 next year.