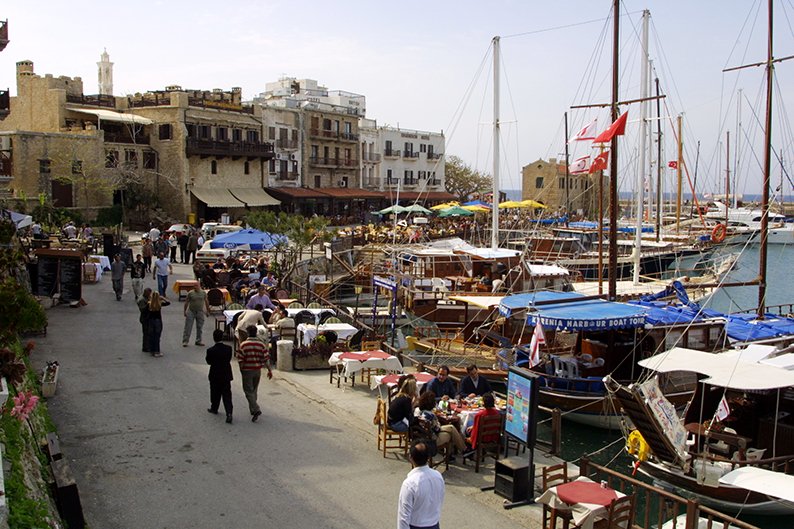 Kyrenia is often a haven for fugitives from British justice

LAST week’s ruling by the High Court of England and Wales, clearing the path for informal cooperation and information exchange between British law enforcement and Turkish Cypriot authorities to prosecute UK fugitives in the north, does not constitute either direct or indirect recognition of northern Cyprus, Attorney-general (AG) Costas Clerides has said.

“From an ongoing reading of the ruling, there does not appear to be anything worrying from a legal standpoint,” Clerides said when contacted by the Cyprus Mail.

He said it is a long-standing practice by British authorities to cooperate unofficially with Turkish Cypriot law enforcement.

“In short, precisely because there is no recognition of the north by the UK, and because consequently it is impossible to have extradition proceedings for fugitives, as that would require bilateral treaties between states, British authorities accept that there can be some cooperation with corresponding authorities in northern Cyprus.”

The north is recognised by no nation except Turkey.

According to the AG, the UK Foreign Office has conveyed to the government here explicit disclaimers that under no circumstances does the court decision undermine its non-recognition policy with regard to northern Cyprus.

“This is purely a practical matter, but legally it entails no risk of recognition, even indirectly, of the north,” Clerides added.

It’s understood, however, that the AG’s office has identified certain points in the court ruling which might be “troublesome” and may merit clarification – for instance why did UK authorities opt to deal directly with Turkish Cypriot authorities rather than go through other channels, such as the United Nations, as has been done in the past.

It’s also understood that the AG is in liaison with the foreign ministry on the matter, and should any problematic points be identified, a demarche could be made to the British government.

The case came to the fore after a landmark ruling last week, when the High Court of England and Wales deemed that cooperation between UK and Turkish Cypriot police authorities for the prosecution of fugitives is not forbidden by any clause of domestic law.

The ruling addressed the problem of suspects evading prosecution in the UK by fleeing to the north of Cyprus, occupied by Turkey since 1974. Runaways to the north could thus not be extradited.

The decision meant that fugitives who refuse to return to Britain to face trial can be prosecuted in northern Cyprus instead.

The High Court judges were hearing the case of Turkish Cypriot Hasan Akarcay, a 60-year-old businessman linked to the 2006 discovery of 12.5 kilos of heroin in Bradford.

Akarcay fled the UK to north Cyprus and has not returned since.

UK authorities passed evidence they found, including Akarcay’s fingerprints linking him to the heroin, to the Turkish Cypriots so that he could be tried there.

To avert the handing over of evidence to Turkish Cypriot authorities, Akarcay had taken recourse to the High Court, his lawyers arguing that this was illegal.

The lawyers went so far as to argue that such cooperation amounted to an “act of recognition” by the UK of northern Cyprus.

Recognising the ‘Turkish Republic of Northern Cyprus’ would be illegal, they claimed, because it breached the terms of repeated UN Security Council resolutions.

But the judge said there was no duty in UK law upon the government to refrain from recognising the Turkish-held enclave.

Foreign policy decisions and obligations emanating from international law are distinct to domestic legislation, which is the only one of concern to the court in this case, the judge said.

Our View: Hardliners ‘new strategy’ a load of hot air