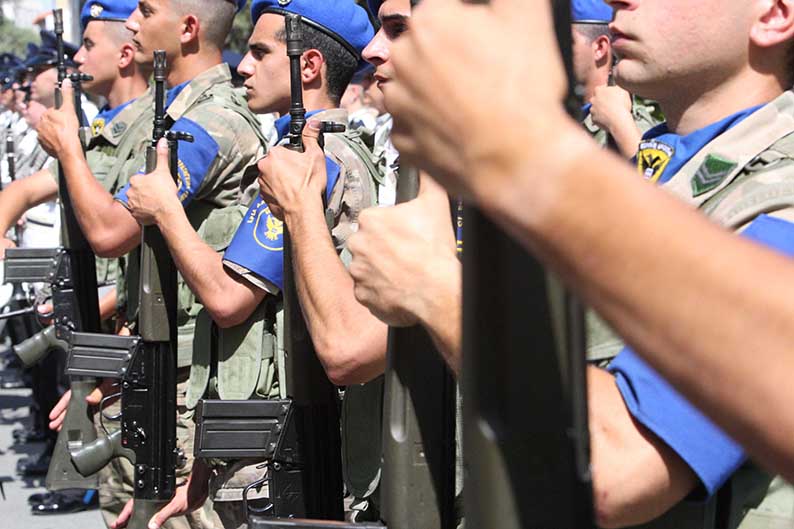 Under the 1959 regulations, Norway cannot sell ‘category-A’ material such as arms and ammunition to Cyprus

The government of Norway cited regulations passed by its parliament in 1959 banning the sale of certain military equipment to areas at war or at risk of war, as well as the ongoing peace talks for a settlement of the Cyprus problem, as the reasons for blocking a sale to Cyprus last year, it emerged on Thursday.

The purchase of military equipment by the Cyprus government from a British supplier, which was blocked by the Norwegian government in mid-2016, involved a Norwegian manufacturer.

Regulations in Norway require that government approves the sale of any military material.

In a letter dated July 18, 2016, and printed by Phileftheros newspaper on Thursday, the sales director of the Norwegian firm informed the British supplier that “Norway will not get an export licence with Cyprus being the end user”.

“This is based on the following paragraphs and situation in Cyprus from the Norwegian Ministry of Foreign Affairs,” the company said, citing the response it got from the government.

“The application is refused. Cyprus is not open for receipt of defence. [Ministry of Foreign Affairs] believes that export of arms and ammunition to Cyprus would be contrary to the ‘1959 decision’ and the Ministry’s guidelines.

“It is also emphasised that peace efforts and control of demarcation line are Norwegian-led.”

The closing sentence was a reference to UN special envoy for the Cyprus problem talks Espen Barth Eide.

The ‘1959 decision’ states that “Norway will not permit the sale of arms or munitions to areas where there is a war or a threat of war, or in countries where there is civil war.”

But contrary to press reports that explanations inquired of the Norwegian government have not been forthcoming, the Cyprus embassy in Stockholm – which also covers Norway and Latvia – received a response to its note verbale dated October 13 last year from the Norwegian foreign ministry on November 23.

“In addition [to the 1959 decision], Norway also applies the criteria of the European Union’s Common Position on Arms Exports and the relevant articles of the UN Arms Trade Treaty,” said the letter of response which was obtained by the Cyprus Mail on Thursday.

“Norway does not apply any negative list of countries. All export licence applications for arms and munitions are subject to national discretion on the basis of the above-mentioned and criteria.”

Although Phileleftheros claimed that Norway had never before objected to approving the export of other military equipment to Cyprus, the Norwegian foreign ministry’s annual report to parliament for 2015 cited Cyprus as one of the counties whose applications for defence exports were rejected. (Other such countries included Algeria, Botswana, Colombia, Egypt, the Philippines, Iraq, Yemen, Jordan, Kazakhstan, Lebanon, Macao, Pakistan, Saudi Arabia, Serbia, Taiwan, Ukraine and Zimbabwe.)

With the exception of the NOK6.000 export in 2014, which involved ‘category-A’ material (arms and ammunition), all exports were ‘category-B’ items (other military material).