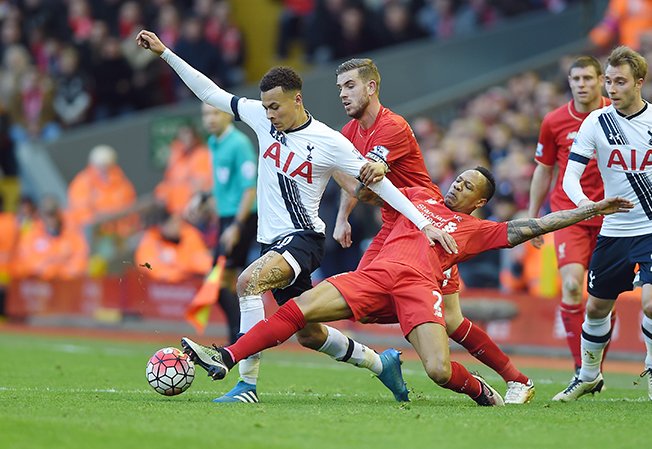 With Liverpool’s title ambitions effectively over after they picked up only three points from the last 15 available it could be the perfect time for Spurs to face the Merseysiders. Conversely, it could be just the kind of fixture Liverpool need

If Tottenham Hotspur are to keep up the chase of Premier League leaders Chelsea they must find a cure for their Anfield jinx and pile on the misery for fading Liverpool on Saturday.

Victory in the late kick-off (7.30pm) would see Spurs cut Chelsea’s lead to six points before the Blues travel on Sunday (3.30pm) to face a Burnley side who are proving formidable at home this season.

Tottenham have lost five and drawn three of their last eight league matches with Liverpool.
The last time they returned from Anfield with three points was in 2011 and before that it was way back in 1993.

With Liverpool’s title ambitions effectively over after they picked up only three points from the last 15 available it could be the perfect time for Spurs to improve that record.

Conversely, it could be just the kind of fixture Liverpool need to remedy a malaise which has turned up the heat on manager Jurgen Klopp for the first time since he took over in 2015.

While the perception, until recently, was that Liverpool have moved forward under the German coach, his record after 54 league games is identical to that of his predecessor Brendan Rodgers – won 26, drawn 16, lost 12.

“In a few days we have an opportunity to play football and we can show then that we are ready for all the other games, because it’s Tottenham, who are a top team,” former Borussia Dortmund coach Klopp said after a 2-0 defeat by Hull City last weekend that left them fifth, 13 points behind Chelsea.

Spurs have the best defensive record in the league with only 16 goals conceded but will be without two key components of their backline on Saturday with central defender Jan Vertonghen (ankle) and left-back Danny Rose (knee) still injured.

Chelsea will be wary of a trip to Burnley who have gathered 28 of their 29 points this season at Turf Moor.
“We believe we can beat Chelsea. Our home form has been unbelievable,” Burnley’s former Manchester United defender Michael Keane said. “They are in for a tough game.”

Liverpool are not the only side whose title challenge has collapsed. Arsenal’s consecutive defeats by Watford and Chelsea have left them down in fourth and the fans grumbling.

Manager Arsene Wenger, the focus for much of the angst, will again be in the stands when his side host Hull in Saturday’s early game (2.30pm) as he completes a four-match touchline ban.

Manchester United, unbeaten in 15 straight league games, have seen their hopes of muscling into the top four frustrated by three draws in four matches, although they host Watford (5pm) buoyed by last weekend’s 3-0 win at champions Leicester City.

Leicester face a huge match at fellow strugglers Swansea City on Sunday (6pm) having fallen within a point of the bottom three.
Manager Claudio Ranieri received the backing of the Midlands club’s owners this week, but a fifth defeat in a row, especially against a side also battling near the bottom, would raise the prospect of relegation a year after a fairytale title triumph.

No margin for error in Cyprus title battle

Detox Teas: Are They Helpful For Detoxification?