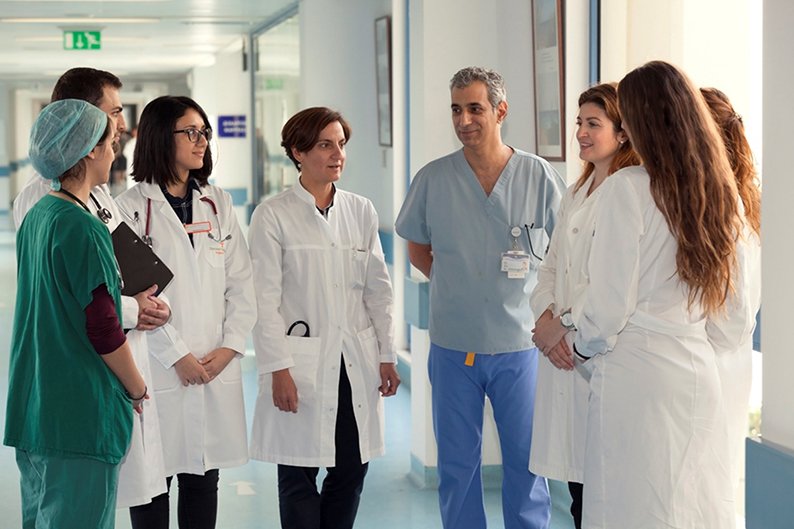 DEFYING the ongoing controversy with state doctors over transforming the state general hospital into a university hospital, the University of Cyprus (UCy) announced that seven new visiting professors joined their academic staff.

The team, that will focus on training and research, is headed by transitional dean Nicolaos Pavlides, oncologist from the university of Ioannina in Greece, wh said that the medical school, established in 2013, already has a staff of twenty.

Last October, UCy Rector Constantinos Christofides had said that doctors’ union arguments against the notion that a university teaching hospital would create different levels of medics were anachronistic.

In an article published in Phileleftheros, Christofides had said different levels were needed where needs were multiple and diverse, adding that it was not rational to try and make everyone wear the same size shoes.

The agreement between the university and the government was put on hold after state doctors at Makarios hospital went on a three-hour work stoppage to protest. State doctors said they found the cooperation agreement between the ministry and the medical school to be irregular as it was approved by the cabinet and not by parliament. They also complained that the wage of the dean of the medical school Dr Zacharias Zachariou was close to four times bigger than theirs.

Health Minister Giorgos Pamboridis had said that that it was the government’s obligation to ensure cooperation between the state university and public hospitals and that he would not allow anyone to stop that.

Civil servants union Pasydy’s rep had raised an issue of state doctors being unfavourably treated due to this agreement and that there was also a huge difference in salaries.

‘No date yet’ for Cyprus conference, says Guterres (Update)

Action not words to clamp down on traffic violations