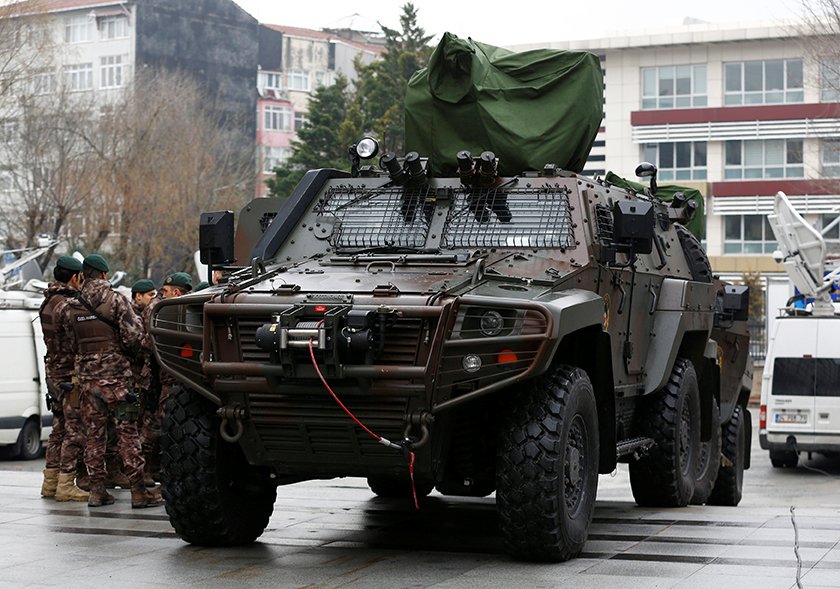 The debate about security among the Cypriot commentariat is tribal. It is sprinkled with a virulent blend of nationalism and rustic emotionalism that makes rational analysis difficult. Unless the level of debate is raised and the ability of the Cypriot state to protect its citizens is analysed responsibly, the talks to settle the Cyprus problem are doomed.

Lifting the level of debate is hugely important so as to inform those who grew up after the war that it is historically not true that suddenly in the summer of 1974, out of the blue, the Turkish Cypriot community upped and left their homes and communities in south Cyprus and settled in the north in furtherance of some nefarious Turkish plan to take over and occupy north Cyprus.

The historical truth is a lot more complex. Turkish Cypriots fled their homes and communities in south Cyprus – often reluctantly – and headed north owing to a well-founded fear of persecution, in the same way Greek Cypriots fled the other way for much the same reasons. More to the point however is that the Cypriot state was utterly incapable of providing its citizens with any protection.

The primary function of the state since time immemorial is to provide protection to its citizens, but it failed to do so miserably in Cyprus in 1974. So far as the Turkish Cypriots were concerned the Cypriot state had failed to provide them with any protection at all since 1963 and was often the source of their persecution. People need to bear this seriously in mind when discussing security in Cyprus.

It seems the two sides now agree that the Cypriot state is not fit for purpose and that it should be restructured so that it is better able to offer protection to its citizens. They agree that the way to do this is by changing from a unitary to a federal state comprising two constituent states. One in north Cyprus will be a Turkish Cypriot constituent state and the other, bigger part in the south will be a Greek Cypriot constituent state. Each will have a local citizenship and run its own affairs except that important powers will be reserved to the federal government.

The Turkish side does not at present accept that the fact of a two-zone federal republic in and of itself would be sufficient to cater for its security. The question for serious objective analysis is whether it is justified in its strongly held belief that the creation of a federal republic is not enough and that it needs Turkish guarantees and Turkish troops on Cypriot soil.

The first difficulty with the Turkish Cypriot position is that it is constitutionally unsound. It is based on the idea that its protection as a community should not be the exclusive responsibility of the organs and institutions of the state itself but shared with another state. The second difficulty is historical in that in the eyes of many Greek Cypriots sharing such responsibility with Turkey raises serious security concerns for them every bit as legitimate as those of the Turkish Cypriots.

These objections do not mean that security is not a genuine issue for Turkish Cypriots or that it is an excuse to enable Turkey to keep a foothold in Cyprus. Owing to the bad blood that undoubtedly exists between the two communities, security is a genuine concern among all Turkish Cypriots and the sooner this is understood the better for all concerned.

The starting point however is not whether there should be guarantees and that Turkish troops should remain in north Cyprus, but whether the existence of a Turkish Cypriot constituent state in north Cyprus provides sufficient security.

Militarily, every Turkish Cypriot knows that Turkey’s willingness to protect them is not based on any treaty obligation but on the fact that they are kith and kin. Russia feels the same way for many of her minorities in the former Soviet Republics as do the British about their kinsmen abroad as do many other motherlands across the globe.

Legally, the question for Turkey and the Turkish Cypriots is if it would be lawful under international law to intervene on humanitarian grounds in the defence of kith and kin. Russia did it in Georgia and Ukraine and would do it again in the Baltic states if the Russian minorities there were in danger. Nato did it in former Yugoslavia even though the communities it sought to protect were not their own. More recently the intervention of France and Britain in Libya was done purely on humanitarian grounds.

An alternative would be to accord the Turkish Cypriot constituent state a facility to call for international assistance in self defence. It seems the Greek Cypriot side is dead against such a facility. It is an objection which may need to be revisited as such a facility would have the advantage of defining and confining its use in contradistinction to humanitarian intervention which in the past has depended on the assessment of the intervening entity.

In either event, it seems Turkey would not be in breach of international law if she were to intervene to assist the Turkish Cypriots in self defence or on humanitarian grounds independently of any treaty of guarantee.

Given Turkey’s close proximity to Cyprus their presence on Cypriot soil, when they can be deployed from Turkey to north Cyprus at very short notice, smacks of overkill. Besides President Erdogan has complained that their presence in Cyprus costs a lot of money and their deployment in other theatres in Turkey is more pressing.

Cyprus was granted her independence from Britain through a conceptual shift in strategic thinking from keeping Cyprus as a base to having bases in Cyprus. Now she needs another conceptual leap in military thinking from boots on the ground in Cyprus to a highly mobile rapid reaction force in Turkey in close proximity. Ultimately it is for military experts at the talks to assess if the leap across the sea is the breakthrough we have all been waiting for, but it may require the military mind of a Kemal Ataturk to make it good.

The financial myths linked to a solution

The fatal dangers of the status quo