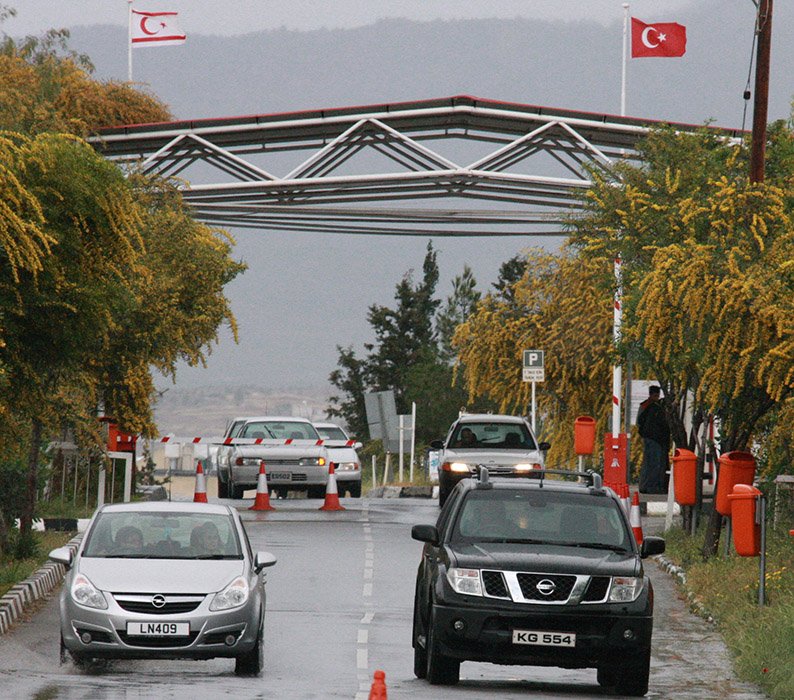 THE IMPRESSION that the status quo – that is, partition – was supported by a large number of Greek Cypriots because of their financial interests is widespread. It is true that many Greek Cypriots behave in an individualist and self-interested way, the culmination of this behaviour being the vile stance taken by a well-known actor whose holiday home belongs to a Turkish Cypriot and labelled all those that wanted a settlement “Turks spawn”. Crude self-interest in all its glory.

Nobody disputes the fact that a significant number of Greek Cypriots oppose a settlement because it threatens their financial interests. But I do not agree that this is the main reason for the popularity of partition. Firstly, people under the age of 60, and certainly under 50, did not acquire property in the south before July 1974 and therefore had not benefited from the property price increases post invasion. Meanwhile the refugees, who are about 40 per cent of the population, would benefit financially if there were a settlement as they would either have their properties returned or be compensated for them. In addition to this, the better educated recognise that in the long-term we would all enjoy a higher standard of living if a bi-zonal, bi-communal federation (BBF) operated smoothly.

It is elsewhere we should direct our attention to explain the swing towards partition. Outlining the profile of those who vigorously and manically support the status quo, we arrive at some very revealing conclusions. A) none of them has visited the occupied area, apart from one or two visits specifically for religious reasons. B) they have no contact with Turkish Cypriots whom, either way, they do not consider compatriots. C) they prefer partition because they feel this solution would secure an ethnically pure, Greek Cypriot state in the south.

In other words, the nightmare they are going through – that is, the prospect of a settlement along BBF lines – is not caused by worry that the new constitution would have weaknesses (after all nobody yet knows its final form) that would make the settlement unworkable, but by the nationalist delirium cultivated by our education system and in general by our environment. When our schools still teach that the Turks are our centuries-old enemy – even today, the barbaric slogan that “a good Turk is dead Turk” is being repeated here and there (the deputy district officer of the Greek island Chios posted this slogan on his Facebook page) – and when at football grounds our nationalist clubs wave Greek flags, we cannot have citizens of honest patriotism and integrity. Inevitably, this environment hatches an abundance of political leaders, who, blinded by nationalism, lie brazenly, mislead shamelessly and deceive ruthlessly.

It is a dramatic irony that all these people that pose as the guard-dogs of Greek honour and Cypriot Hellenism cannot grasp the fatal danger that looms in the maintenance of the status quo, which, anyway, cannot be maintained in the long-term. It is easily understood by everyone that if there were no settlement, the occupied part would gradually be assimilated by Turkey. This would mean that the small and militarily powerless Cyprus shares a 200-km border with Turkey. Who will protect us in the event of a border episode? Especially when the population in the north would rise dramatically, because of the uncontrolled inflow of Turks, and could be three or four times that of the Greek Cypriots.

The United Nations cannot supervise our borders indefinitely. At some point Unficyp will pull out. An episode featuring the exchange of fire and possibly casualties would be enough to wreck the tourism industry and our economy.  We should note that terrorist acts in Egypt and Tunisia have completely destroyed their tourism industry. In addition – and more alarming – a border episode could spark a broadening of clashes that could result in the whole of Cyprus being taken over by Turkey which could argue that this was a historical necessity as it had ruled Cyprus for 300 years. The condemnatory resolutions by the UN Security Council and requests by the EU for Turkey to withdraw the troops would, as usual, be totally ineffective. Who talks about Russia’s 2014 annexation of Crimea today?

I believe – I hope I am proved emphatically wrong – that the exploitation of hydrocarbons in our EEZ will not be possible without a settlement. If anyone thinks I am being too pessimistic, they should take a look at the maps being distributed by Turkey marking out her EEZ. For Turkey, Cyprus does not exist – even on the energy issue the Republic is defunct – and her position is that her continental shelf borders with Egypt’s EEZ.  Turkey also claims that this delimitation is in accordance with principles of justice. On the occasion of the third licensing round by the Cyprus Republic, Turkey’s foreign ministry warned – or rather threatened – that “Turkey would take all necessary measures to protect its rights and interests in its continental shelf.” Note, in particular, the phrase “necessary measures”.  If we delude ourselves that the Turks will sit idly by and admire our exploitation of our under-sea wealth, then we have gone beyond the bounds of stupidity.

The lamentable conclusion is that the champions and crypto-champions of partition do not understand the most basic thing. They are so affected by nationalist propaganda that they cannot understand that their future, like the future of all Cypriots, is inextricably bound to the future of the Cyprus negotiations.

Unwelcome memories of the ill-fated ‘defence dogma’ with Greece