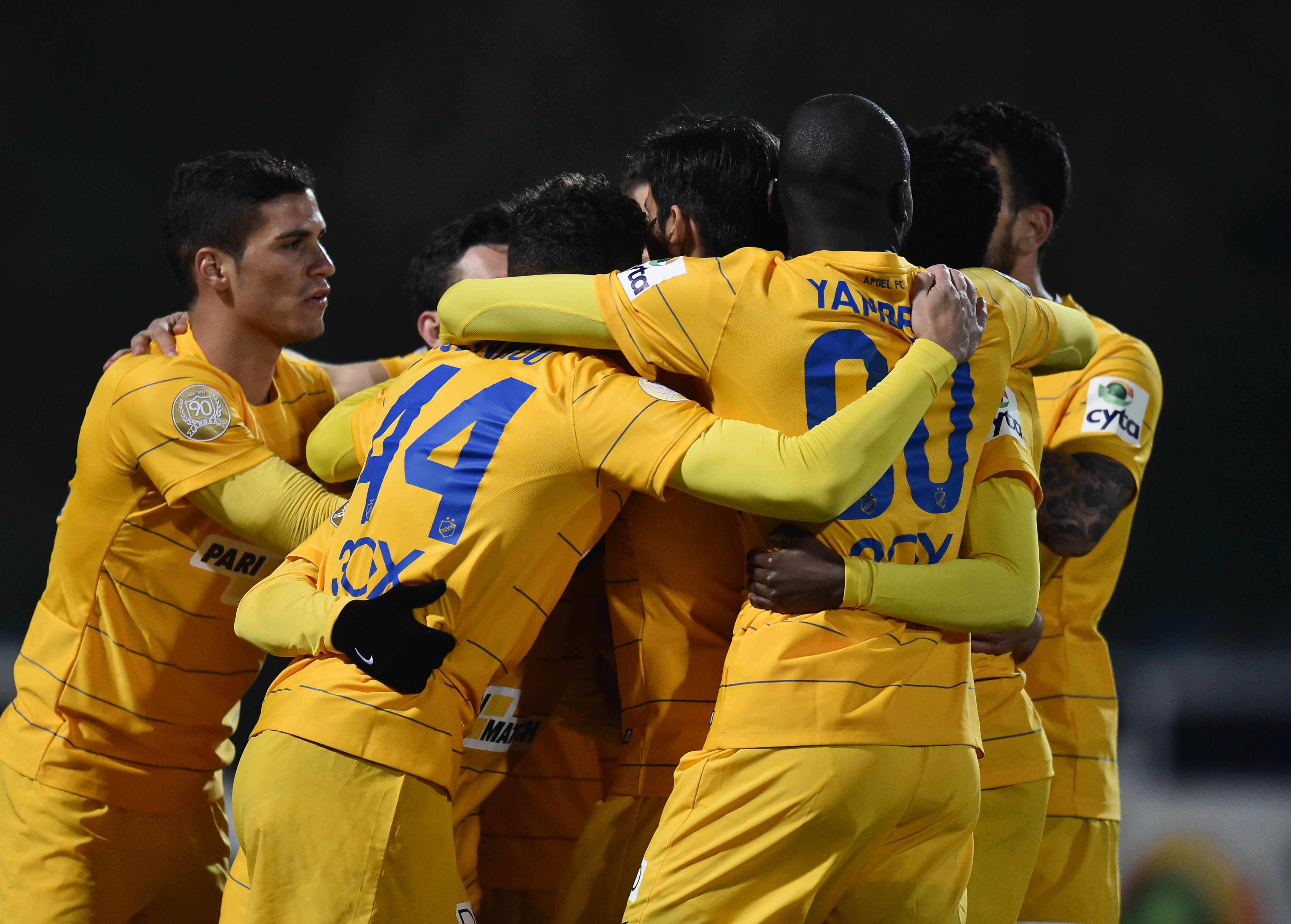 Champions Apoel, with one eye on Thursday's Europa League clash against Athletic Bilbao, saw off Karmiotissa 1-0

Apoel extended their lead at the top to five points following their narrow win over Karmiotissa and the failure of their nearest rivals AEL and Apollon to defeat opponents AEK and Ethnikos Achnas respectively.

In a pulsating game at the Tsireion stadium, AEL managed to snatch a point right at the end from an impressive AEK, with the Larnaca side’s coach Imanol Idiakez ruing yet again his team’s luck.

“It is a big disappointment for us as we had the points in the bag and lost them right at the end,” Idiakez lamented after the game.

AEK were much the livelier team right from the start and richly deserved their lead in the 13th minute when Ivan Triscovski headed past AEL keeper Romo. The best chance in the first half for the Limassol team fell to Piti but he shot tamely at AEK keeper Giorgallides from close range.

In the second half AEL pushed more players forward in search of the equaliser but AEK defended resolutely and looked the more likely to get the second goal with Triscovski and Florian missing great chances.

The turning point of the game though came 15 minutes from the end when AEK defender Moisof inexplicably lunged into a tackle in the middle of the pitch and was rightly shown a second yellow card.

From there on AEL piled on the pressure and were finally rewarded in added time when Aroubarrena rose above everyone and headed calmly past Giorgallides.

Apollon’s impressive eight-game winning run came to an end in Achna where ten-man Ethnikos managed to equalise late on.

The Limassol team were by far the better side from the outset missing a number of chances to take the lead. Totally against the run of play Ethnikos took the lead through their top scorer Argentinian Zelayia and Apollon were stunned.

However Apollon were given a lifeline after Douvbnia was shown a straight red on the stroke of half-time.

It did not take long for Apollon to make their numerical advantage count as five minutes into the second half da Silva equalised from the penalty spot and nine minutes later Maglica, tapped the ball into an empty net to give the Limassol team the lead.

And when everyone expected Ethnikos to collapse they suddenly burst to life and went in search of the equaliser. They were rewarded in the 84th minute when Kacharava headed past Vale to end Apollon’s winning streak.

With their Europa League tie against Athletic Bilbao at the back of their minds, Apoel recorded their 18th win of the season with a 1-0 victory over Karmiotissa.

The game itself wasn’t a great spectacle and was settled by a fifth minute Bertoglio goal.

Omonia defeated AEZ 2-0 with Christofi and Clayton the scorers. The Nicosia team should have won by a much bigger margin but for wasteful finishing and some excellent goalkeeping from AEZ’s Sofroniou.

Aris pulled seven points clear of the relegation zone following their 2-1 over Ermis Aradippou. The winning goal was scored by Yousef just before the break.

In the final weekend game Nea Salamina defeated bottom of the league Anagennisi Dheryneias 1-0 thanks to a 37th minute strike by Maachi.

Anorthosis won 2-0 at Doxa Katokopias on Monday night in the final game of the round.

How To Get Fit And Still Consume Alcohol In Moderation