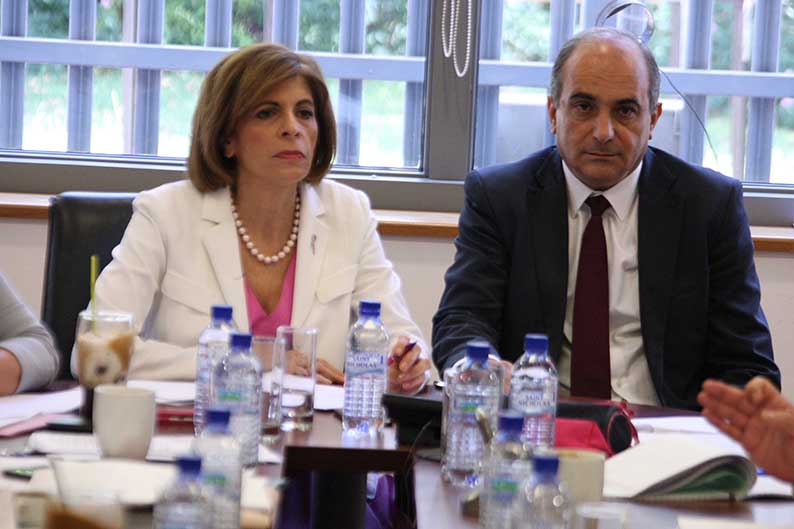 Some 9,800 incidents of violence against women were recorded in Cyprus in the 2005-2015 period, according to a report submitted to the House human rights committee.

The committee on Monday continued discussion on what actions need to be taken before Cyprus can ratify the Council of Europe Convention on preventing and combating violence against women and domestic violence – also known as the Istanbul convention.

Cyprus signed the convention in June 2015, but has yet to ratify it, having communicated to the Council of Europe its reservations to certain provisions.

The island is expected to ratify the convention by year’s end, MPs said.

Another bill has been prepared by the government relating to violence against women, and would be undergoing legal vetting by the attorney-general’s office over the coming weeks.

Women who wish to report violence against them can call the 1440 hotline, operated by the Association for the Prevention and Handling of Violence in the Family (Spavo), a non-governmental, non-profit organisation.

Often, women who are victims of domestic violence do not know whom to contact, said Kyriakidou. Others are wary of reporting incidents, because poor handling of such cases by the police and other government services can lead to reprisals by spouses.

“The incidents being reported are but the tip of the iceberg,” said Kyriakidou.

Therefore Cyprus urgently needs to ratify the Istanbul convention, which would force government to work with NGOs in a comprehensive manner.

Kyriakidou cited studies showing that the annual economic cost of intimate partner violence against women is €186 million – adding that it would cost Cyprus far less to ratify the Istanbul convention.

For her part, Akel MP Skevi Koukouma said that although progress has been made toward ratifying the convention, it has been too slow, despite the lip service paid by the justice minister.

Citing data specific to 2011, she said the majority of domestic violence cases that were reported and ended up in court were subsequently withdrawn, and the conviction rate was low.

This indicated that government services cannot properly handle such cases, adding that the police often do not pay due attention to women’s complaints.