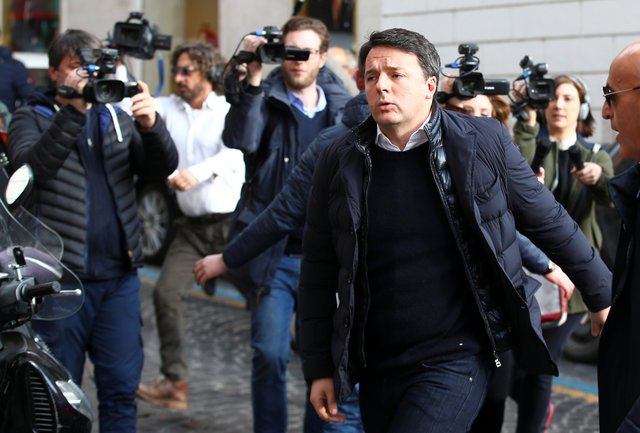 Former Prime Minister Matteo Renzi said on Monday he wanted his ruling Democratic Party (PD) to hold a leadership contest before any national vote, opening the way for a showdown with his many critics in the group.

Renzi stepped down as prime minister in December after losing a referendum on constitutional reform and wants early elections held this year in an effort to regain power.

However, his drive for a national ballot has been slowed by calls from within the faction-riddled PD for him to step aside as party secretary, a post he has held since December 2013.

“I think it’s common sense to accept the idea of holding a Congress before a national vote,” Renzi told PD bigwigs, referring to the assembly where the party leader is elected. “A cycle is closing in the leadership of the PD,” he said.

Renzi said it was not up to him to decide when national elections would take place. The natural end of the legislature is early next year, but Renzi has pushed for a vote by June.

Renzi said it was important for the PD to be ready for the vote, though he did not propose a date for the Congress.

A political ally told Reuters that Renzi wanted a Congress in April. Newspapers said he was likely to resign as head of the PD this coming weekend, formally opening the way for the internal leadership race.

A source close to Renzi said private polls showed he would easily defeat expected challengers, including Michele Emiliano, the PD governor of the southern region of Puglia, who says the party has shifted too far to the right in recent years.

“If the others win, then I will be the first to congratulate them. The confrontation between us will be fascinating,” Renzi said.