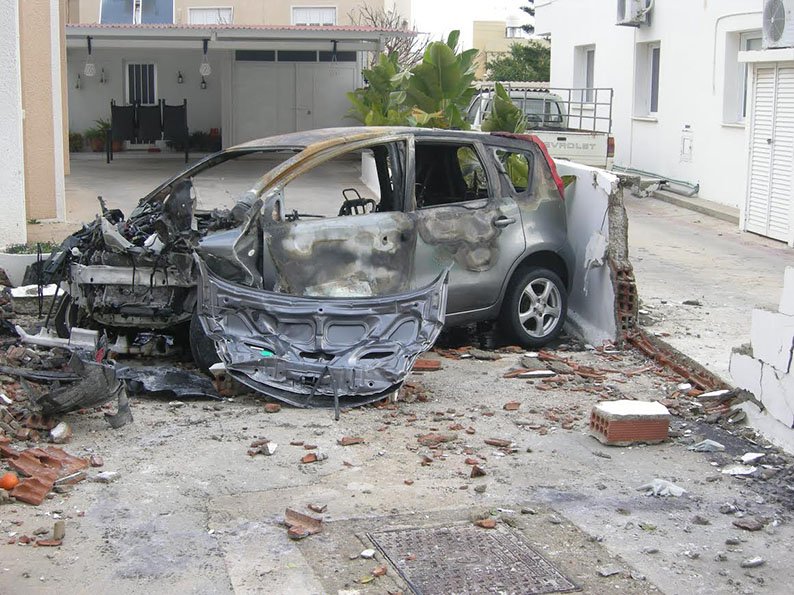 The post mortem on Monday on the charred body of the 77-year-old man who died early Sunday morning after his car caught fire and crashed into a wall in Paralimni did not shed light on the cause of death and police said they are waiting for the results of further tests.

Police suspect the dead man may have been involved in an arson attack carried out just 15 minutes before the accident.

The 77-year-old is believed to be an expat Cypriot who was living in the UK and had recently moved to Paralimni, but as it was impossible to identify the victim, police are waiting for the DNA test results to rule out the remote possibility that the charred body was not the man in question.

According to police, around 12.30am the man lost control of the rental car on Korai Street and hit the wall around the house. The fire service managed to put out the flames but it was too late to save the victim.

Further investigations revealed later on Sunday that according to a witness, the car burst into flames around 500 metres before it hit the wall. A driver who was travelling behind said the victim only lost control of the car after the fire broke out.

The man’s remains were taken to Larnaca General Hospital for a port mortem and definitive identification.

State pathologist Angeliki Papetta said that toxicology and histopathology test results would help determine whether the victim was first injured and then burned, or vice versa.

The fire service and the electromechanical service that examined the car, ruled out foul play, the Famagusta police spokesman Andreas Constantinou said. Police, he said, were still waiting for detailed reports from the two services to shed light on what happened to cause the fire in the car.

But police are also investigating whether the accident is linked to an arson attack on a motorcycle rental shop in Protaras, some 15 minutes earlier.

“There are serious indications that the victim may have been the arsonist,” he said. He added that police collected evidence found in the shop and car, and were sent for tests, to see if they match.

According to reports, police believe that the 77-year-old lost control of the car when he tried to put out the fire that started in the vehicle causing him to crash into the walled fence.