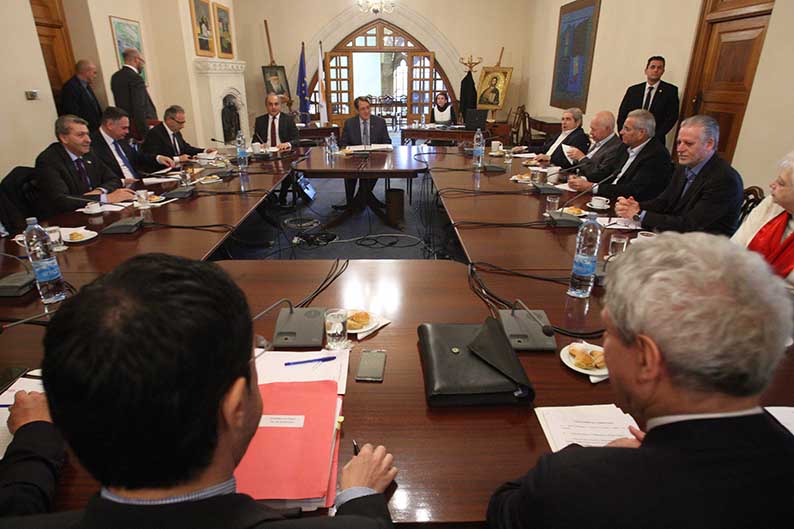 If the Turkish side insists on setting the four freedoms as a condition for new talks on security and guarantees in Geneva, they will bear the responsibility for whether the dialogue will continue at all, the government said on Monday.

Spokesman Nicos Christodoulides, commenting to reporters after the National Council meeting said: “There cannot be such a condition.”

Last month, Ankara issued a demand that post-solution, Turkish nationals should be given the four EU freedoms – movement of people, goods, services and capital – in a federal Cyprus.

Though the demand has been mooted and repeated, Christodoulides said it has not been made a condition for a new round in Geneva that would include the guarantor powers Greece, Turkey and Britain, which the two sides are aiming to hold after March 13. Another worry for the Greek Cypriot side is that the Turkish side might make prior agreement on the rotating presidency a condition for a new conference on Cyprus.

“If there will be a precondition of this kind [the four freedoms], the responsibility for the non-continuation of the dialogue in Geneva will belong to the Turkish side. But under absolutely no circumstance can there be any preconditions,” the spokesman said.

He said if other parties to the negotiations were looking for pretexts “it is certain that any party at the negotiating table can find a pretext in order to create problems”.

“If some people wish for the dialogue not to proceed there are many ways to achieve this. If, however, we really want this dialogue to proceed, if we approach the talks with the necessary and absolute seriousness then yes, the necessary conditions can be created that will allow us to be optimistic. This is our approach,” he added.

Christodoulides said the Greek Cypriot side hopes the same goodwill exists on the other side.

When asked whether a date after March 13 had been fixed for a new conference, the spokesman adopted a “wait and see” response.

“What is certain right now is that (the conference) will not take place before 13 March because there are meetings, other obligations on the part of both Greece and Turkey,” he said, adding that the only certainty right now was that preparations were ongoing for the conference.

“We will have to wait and see. No one can be certain right now. What is certain is that the preparations that need to be taken for the conference – as was decided in the first Geneva meeting – are ongoing.”

Asked whether reaching a solution was now in the distance and whether the sides were entering a new era of the ‘blame game’, Christodoulides said: “As far as we are concerned, we do not share this approach.”
Commenting on the National Council meeting with the party leaders, the spokesman said they had a good discussion, which was mainly the president briefing the members on the meeting of technocrats at Mont Pelerin, his international contacts, discussions at the negotiating table, and the four freedoms issue.

The council also passed a unanimous statement, supported by President Nicos Anastasiades, criticising the Turkish Cypriot side for making hay out of the ‘Enosis Day’ vote in parliament last Friday. This has also impacted the climate of the talks.

Car fire death may have been linked to earlier arson attack