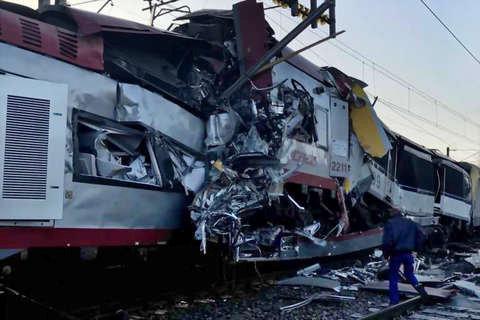 A man walks next the wreckage of a passenger and freight train after a crash near Bettembourg, Luxembourg February 14, 2017

One person was killed and two others injured in a train crash in southern Luxembourg, police said on Tuesday.

The accident occurred between the town of Bettembourg and the French border when a passenger train and a cargo train collided head-on.

Rail traffic between Luxembourg City and Thionville in France would be suspended for 48 hours, Luxembourg rail operator CFL said on its website.