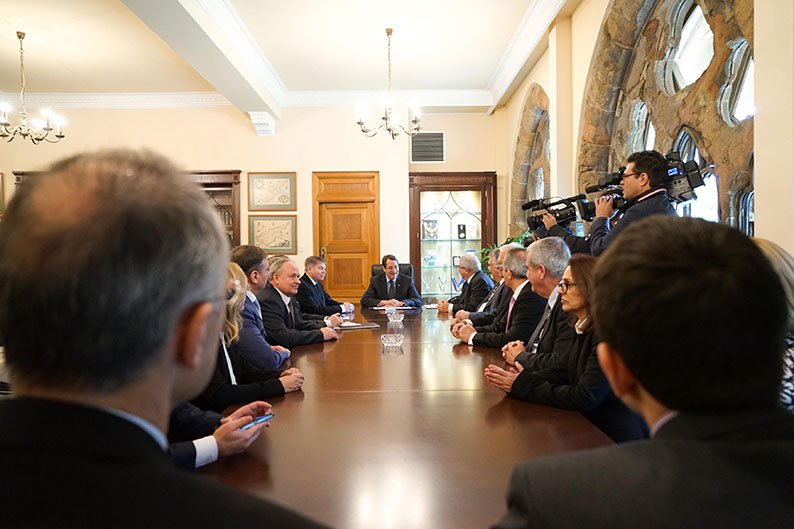 President of the Russian Federation Vladimir Putin has sent a message to President Nicos Anastasiades stressing his country`s will for further enhancing mutually beneficial trade and economic cooperation between the two countries.

The message was conveyed by the President of the Supreme Court of the Russian Federation Vyacheslav Lebedev, who is paying a visit to Cyprus with members of the Court, and was received on Tuesday by Anastasiades.

CNA has learned that in his message Putin expressed great satisfaction with the high level of relations between Russia and Cyprus which are based on friendship and cultural bonds.

He stressed the importance of further developing the mutually beneficial trade and economic cooperation between the two countries, saying that Russia was interested in developing joint projects with Cyprus, including energy, agro-industrial infrastructure, the scientific and technical sector as well as in broadening the two countries` cooperation in the tourist sector.

He also expressed satisfaction over the implementation of the agreements reached during Anastasiades` visit to Russia in February 2015.

Lebedev said that there would be an exchange of the two countries` databases on judicial expertise and court decisions, with a view to further improving judicial cooperation.
He underlined the high level of relations between the two countries in the fields of trade and economy and in the energy field and other fields in the future, noting that cooperation on the legal framework would also be required.

He also said that the main concern was to defend human rights, according to the European Human Rights Convention and the Council of Europe.