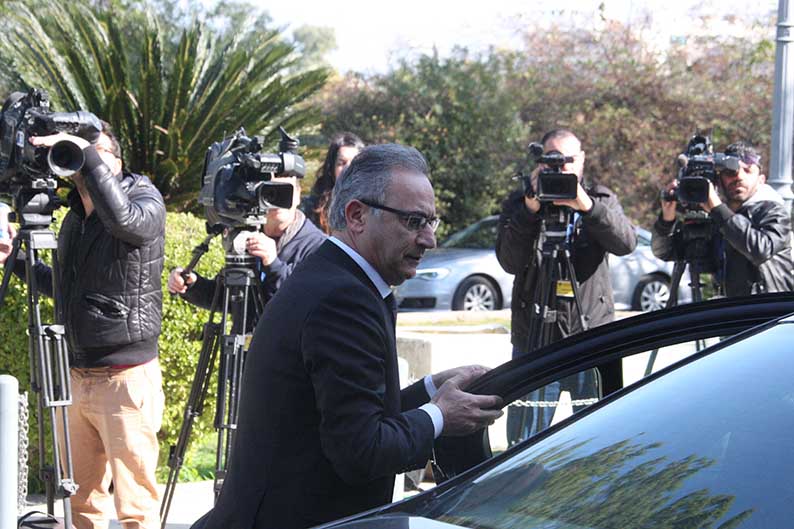 PUTTING aside the over-reaction of the Turkish Cypriot politicians and media, Friday’s decision by parliament, introducing the celebration of the Enosis referendum of 1950 at public schools was indicative of the superficial thinking that blights political life. It was another of those impetuous, symbolic gestures of no practical import that our parties prefer to the real political decisions that require genuine thought.

Sixty-seven years after the church referendum was held, the neo-fascists of Elam decided that its anniversary should be marked and celebrated in public schools and the proposal won the support of Diko, Edek, Alliance, Solidarity and Greens. The proposal was passed because of the cowardice of Disy which irresponsibly decided to abstain in the vote, for fear it would be accused of betraying its Hellenic ideals. Only Akel had the guts to vote against it.

Yet there were plenty of rational reasons to vote against the proposal. First, it was made by the Elam, which the mainstream parties should be looking to marginalise, even if it is represented in the legislature. Instead they are helping legitimise it by backing its proposal. Second, schools already mark and celebrate the struggle for Enosis on April 1, which is a public holiday. What is the need for a second school celebration of the same thing? Third, the decision was guaranteed to anger the Turkish Cypriots with whom we are currently trying to negotiate a settlement. Turkish Cypriot rejectionists were certain to exploit it in order to turn people against a settlement.

Public schools already have an abundance of national anniversaries to mark, without adding extra ones on the whim of a small, extremist party, backed by other small parties competing with each other in the nationalist stakes. Of course, the rejectionist parties saw Elam’s proposal as an opportunity to provoke a reaction from the Turkish Cypriot and hopefully cause bad feeling between the two sides. They were happy to align themselves with the fascists to this end. And the plan worked as the enosis vote sparked an almost hysterical reaction in the north.

The biggest disappointment was not the rejectionist parties, but Disy which allowed them to have their way on Friday by abstaining from the vote. In the end, only Akel acted responsibly and said ‘no’ to the Elam agenda, the sole aim of which was increase the hostility and suspicion between the two sides. The Disy leadership was obviously afraid there would have been a reaction from the nationalists within the party if its deputies voted against the proposal, but this is no excuse for giving licence to a fascist party to set the political agenda.