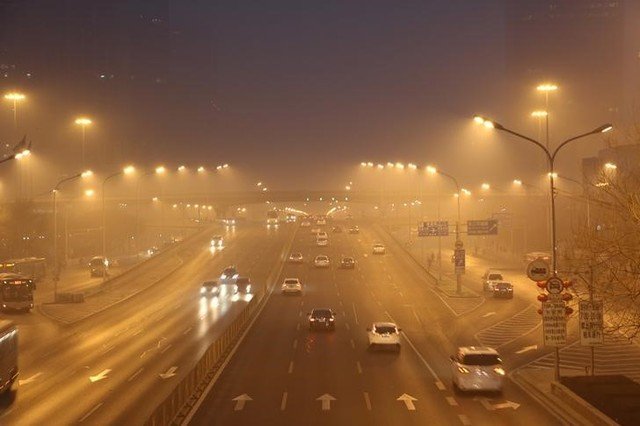 Fine particles in the air from diesel fumes, fires and other sources, may increase the risk of premature births – alongside other risks including a mother’s age and health – according to a study published in the Environment International journal.

“Air pollution may not just harm people who are breathing the air directly – it may also seriously affect a baby in its mother’s womb,” said Chris Malley, lead author of the study which is based on data for 2010.

The majority of premature births linked to air pollution occur in South and East Asia, the researchers said. India alone accounts for about 1 million premature births, and China for another 500,000.

Diesel vehicles, forest fires, crop burning, and cooking with wood, dung or charcoal, are major contributors to the problem, the researchers said.

A pregnant woman in a city in China or India may inhale more than 10 times as much pollution as she would in rural England or France, the report said.

In Western sub-Saharan Africa, North Africa and the Middle East premature births were mainly linked to exposure to desert dust, the research showed.

Every year, an estimated 15 million babies are born prematurely and nearly 1 million of them die of complications, the World Health Organisation says.

Pre-term birth complications are the leading cause of death among children under 5 years old, the UN agency says.

Countries need to work together to address pollution, a cross-border problem, said Johan Kuylenstierna, co-author of the study, and SEI’s policy director.

“In a city, maybe only half the pollution comes from sources within the city itself – the rest will be transported there by the wind from other regions or even other countries,” he said.

Russian involvement in Cyprus energy ‘will be beneficial’ to all

Blood bank makes call for donors after slowest day ever