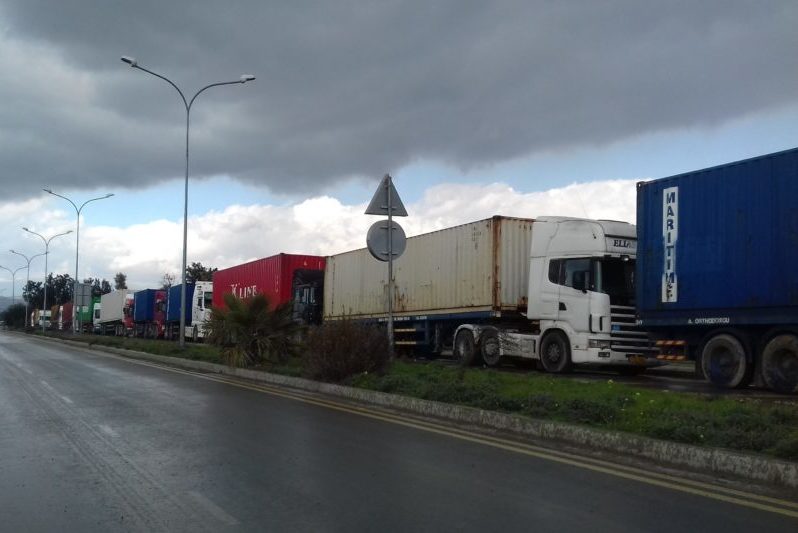 The deadlock at the Limassol port continued on Friday, after lorry drivers defied President Nicos Anastasiades’s appeal to resume the delivery of containers whose number increases by the day, making a swift alleviation of the current chaotic situation less likely amid increasing supply problems on the market.

“The hauliers’ refusal to immediately return to their work makes the difficult situation even worse,” Giorgos Pouros, the manager of Eurogate’s container terminal operator in Limassol said on Friday, according to an emailed statement.

Pouros, who before the commercialisation of the port was serving as port master employed by the Cyprus Ports Authority, said that while the company continues to work intensively, “problems exist and will continue to exist over the next days because of the large number of containers accumulated” at the port over the past weeks after Eurogate’s failed start, plagued by equipment and software failures and teething problems related to the introduction of new working routines.

The lorry drivers said on Thursday that they will not pick up or deliver containers at the port before Monday, citing their disappointment over Eurogate’s failure to keep similar assurances it gave in the past, even after the company agreed to their demand of compensating them for time wasted while waiting to be serviced at the port.

Kyriacos Moustakas, an official at Povek, an umbrella organisation which also shelters the lorry drivers’ union, said on Friday that President Anastasiades, albeit practically consumed by the latest crisis chapter in reunification talks, personally called him to request a termination of the hauliers’ work stoppage.

Moustakas, who was commenting on state-radio CyBC, said that the lorry drivers, who were forced to wait in queue in and outside the Limassol port before they could pick up cargo following the transition, would return to work on Monday in order to give Eurogate more time to prepare better.

Government spokesman Nikos Christodoulides said in an interview to the state-broadcaster that second thoughts, not negative tactics, are needed to solve the situation. The president, Christodoulides continued, is concerned about the impact on the economy and in touch with Transport Minister Marios Demetriades.

On Thursday, Moustakas also said that the truck drivers would work until Friday, February 24, re-evaluate the situation and Eurogate’s performance, before deciding whether to take more action.

“I want to stress that as company, we have taken additional measures in an attempt to resolve the problems,” Pouros said. “We have increased our staff levels and equipment and work on a 24-hour basis. We are doing everything possible to normalise the situation at the port the earliest possible”.

The drivers, whose Tuesday strike prompted Eurogate to announce an increase in staff and equipment employed at the port and the introduction of a night shift in order to cope with the delays, returned to work on Wednesday morning to again withdraw from the port angry after a software failure caused further delays.

Over the past days, “more than 2,000 containers have been accumulated and their number increases by the day,” Pouros said. “Just imagine the volume of work that we will have to complete if hauliers continue their work stoppage this weekend”.