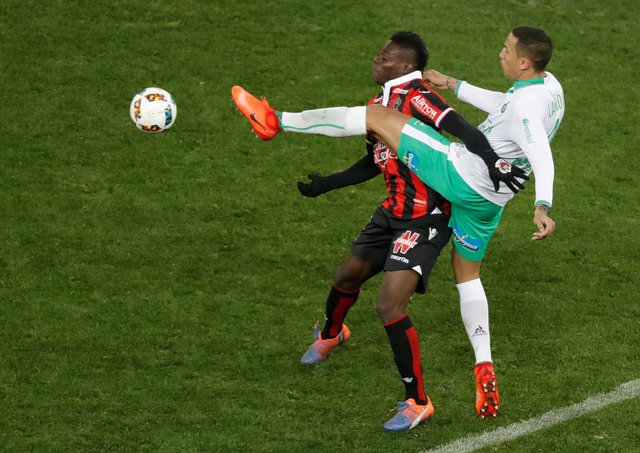 Paris St Germain looked nothing like the side that destroyed Barcelona in midweek as they missed out on the chance to move just a point behind Ligue 1 leaders Monaco when labouring to a goalless draw at home to Toulouse on Sunday.

Fresh from crushing feeble Barca 4-0 in their Champions League last-16 first leg on Tuesday, PSG could this time not find their way past a rather more stubborn Toulouse defence as they only reclaimed second place on goal difference over Nice.

Monaco, who drew 1-1 at Bastia on Friday, are top of the table with 59 points from 26 games, three ahead of PSG and Nice, who won 1-0 at Lorient on Saturday.

With midfielder Marco Verratti on the bench and Angel Di Maria injured — two of five changes from the team that started against Barca — PSG struggled to find their pace at the Parc des Princes.

Lucas Moura had a good chance early on but Alban Lafont dived to deny the Brazilian, who look speedy as usual on the right flank.

Edinson Cavani also came close in the first half with a fine shot that flew just wide and seven minutes into the second half, the Uruguayan saw his shot strike the bar.

PSG looked livelier once Verratti had replaced Christopher Nkunku at the break and they had another opportunity in the 68th minute only for a Marquinhos header to be deflected on the line by his own team mate Presnel Kimpembe.

Earlier, Olympique Lyonnais cemented their fourth place when Corentin Tolisso, Alexandre Lacazette and Nabil Fekir struck three times within 11 minutes to give them a 4-2 comeback win against Dijon.

Mario Balotelli was sent off as Nice moved up to second in Ligue 1 after Wylan Cyprien’s first-half goal earned them a 1-0 win at bottom side Lorient on Saturday.

Italian striker Balotelli picked up a straight red card when he argued with referee Tony Chapron in the 68th minute but Nice held firm to secure victory thanks to Cyprien’s 15th-minute effort.

Nice have 56 points from 26 games, three behind leaders Monaco who were held to a 1-1 draw at Bastia on Friday.

French champions Paris St Germain will reclaim second place and move within one point of Monaco if they beat Toulouse at the Parc des Princes on Sunday.

Cyprien put Nice ahead with a fine right-footed effort from the visitors’ first clear chance.

The hosts went close 10 minutes into the second half but Nice keeper Yoan Cardinale denied Zargo Toure and Francois Bellugou in quick succession.

The defeat left Lorient with 22 points, five from safety.