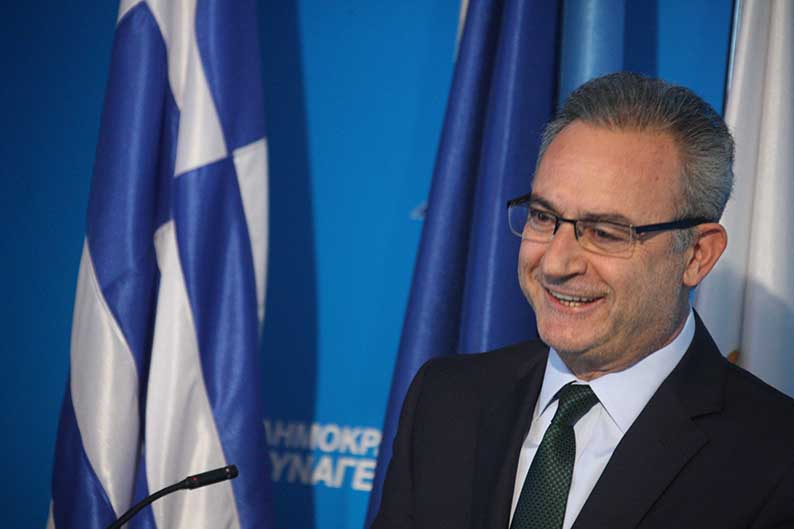 Instead of 'quashing demagoguery' Averof Neophtou has taken part in it

I HAVE written this in the past: with the priests on the one hand and our political dwarves on the other hand determining the future of this small island for the last 60 years, we must be grateful that the only calamity we suffered was the arrival of Turkey.

We could have suffered many more disasters. Consequently, as strange as it may sound, we should count ourselves lucky and be content. We deserve everything, what has happened to us until now and especially what will happen to us in the future.

The crux of the matter is not the significance of the idiotic decision to mark the anniversary of the 1950 enosis referendum taken by the House 10 days ago. The crux is that all our political fraudsters ran – either with their vote or with their abstention – to align themselves with the stooges of Elam.

Those of the rejectionist camp did so because they found an opportunity to deal another blow against the settlement process. They are no longer hiding the fact that they do not want a settlement but the perpetuation of partition. It is the type of behaviour that, if we were to use their political culture and their phraseology, could have been described as treasonous. Without hiding and without any shame, they are now fighting with all their might to prevent not a bad solution, as they claim, but any solution. Their objective is to maintain the status quo and partition.

But what do you say about the Disy lot? If Papadopoulos, Sizopoulos, Lillikas and Perdikis should be ashamed once for sinking so low, Disy and Averof Neophytou should be ashamed 10-fold. Their abstention, which ensured the schizophrenic proposal was approved, was despicable.

On January 21, speaking at the supreme council of his party, Neophytou took out from a drawer Disy’s 1976 founding declaration in order to give lessons about the alleged adherence to the party charter and the principles of party founder, Glafcos Clerides. He read: “Chapter 6, article 3: There is nothing better than someone confronting even public opinion, in order to quash demagoguery, even when he would risk his popularity in order to defend the interest of our country.”

Neophytou added himself: “True patriotism is the securing of the survival of Cypriot Hellenism in the land of their fathers for which co-existence with Turkish Cypriots is a precondition. This is what true patriots should be fighting for. We also send a resounding message of support for the President of the Republic. We are by his side. The fulfilment of our national destiny is the biggest mission that you could have. And we shall not allow anyone to undermine this national effort.”

Twenty days later he came to undermine this “national effort” himself and to betray, in the vilest way, both Clerides’ principles and the party’s founding declaration. Instead of “quashing demagoguery” he took part in it, in effect approving the proposal of Elam through his party’s shameful abstention.

In fact one of his deputies voted for the proposal. And I bet that Neophytou will not take any disciplinary measures against her. After all, the self-styled war expert is the darling of President Anastasiades, whose stance in the matter was the same as hers as he almost praised the idiocy of the legislature. She is the “strategy advisor” who, in one of her studies (the most ludicrous text I have ever seen) had proposed that Greece’s navy should block the southern opening of the Dardanelles Straits.

Unfortunately, Disy has become a free-for-all mess in which everyone does whatever he wants. Neophytou, now that he has become a promoter of Elam, would do well to leave Clerides’ principles and the founding declaration in the party drawers as he does not have the guts to move even his little finger to clean up this mess of a party, which has become the refuge of demagogues and the politically unbalanced.

The legality of indoctrination and propaganda in schools

Limassol’s time for glitz and glitter