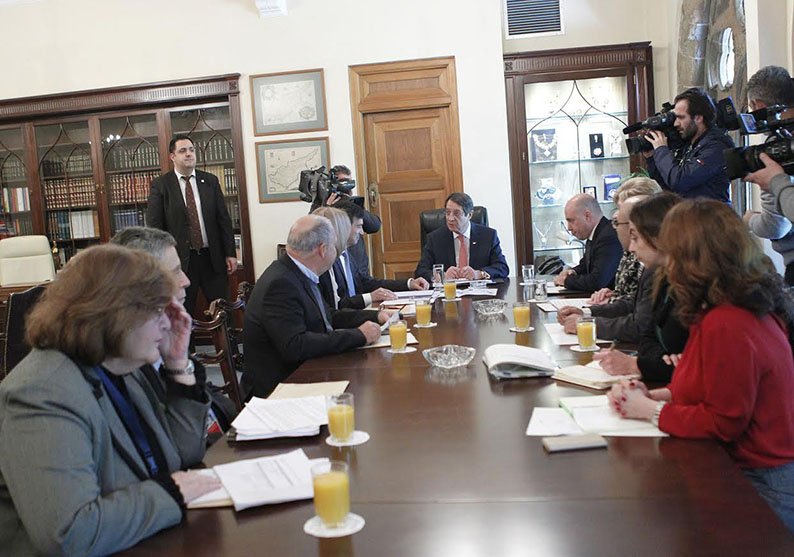 President Nicos Anastasiades has given instructions that procedures be initiated for the building of a new psychiatric hospital after the situation at the Athalassa facility have become dire, Health Minister Giorgos Pamboridis said on Monday.

He has also given instructions that the hospital’s immediate infrastructural needs be met in the interim.

Anastasiades on Monday chaired a meeting with the participation of ministers and representatives from the relevant state services on issues concerning problems at Athalassa.

Last week infrastructural issues relating to the building were highlighted when nurses went public with the fact that they had been left without hot water for over a week and that the relevant services had not responded to their request to fix the system. Two days after they went public, it was repaired.

Speaking after Monday’s meeting, Pamboridis said there were many problem with the Athalassa hospital building given that it was built in 1964.

“The president has given clear instructions to promote all the necessary procedures to initiate as soon as possible any decisions needed to build a new modern psychiatric hospital with all the necessary infrastructure, both for patients and health professionals working there,” Pamboridis said.

“But because in the meantime there are immediate needs that must be addressed, the president has given instructions for a plan to be presented on March 1 at a meeting he himself will chair at the presidential palace so that a short-term solution can be found to address all the problems.”

Though there is no provision in the 2017 budget for a new psychiatric hospital, Pamboridis said Anastasiades has given clear instructions to move in the direction of coming up with financing needs.

Asked if the existing building could be properly corrected Pamboridis said that the plan they hope to have ready by March 1 will solve the current problems.

“So I think so. It is perfectly possible to create a suitable infrastructure,” he added. He said when the hospital was built in 1964, it had the capacity for 800 people and at times back then it was full on occasion.

“Now we are talking about 59 people, which can go to 65 or 70. You realise that modern psychiatry has changed and requires the reintegration of people with psychiatric disorders into society and to deinstitutionalise them.”

As regards the time required for the construction of a new modern psychiatric hospital, he said it could be at least three years realistically, maybe more.

The minister said the most important thing right now was that the president had issued clear instructions that would lead to the creation of a new hospital.

He said in1993 there were related meetings which recognised the need to build a new hospital and by 2009 there was a relevant item in the budget but it was then abandoned.