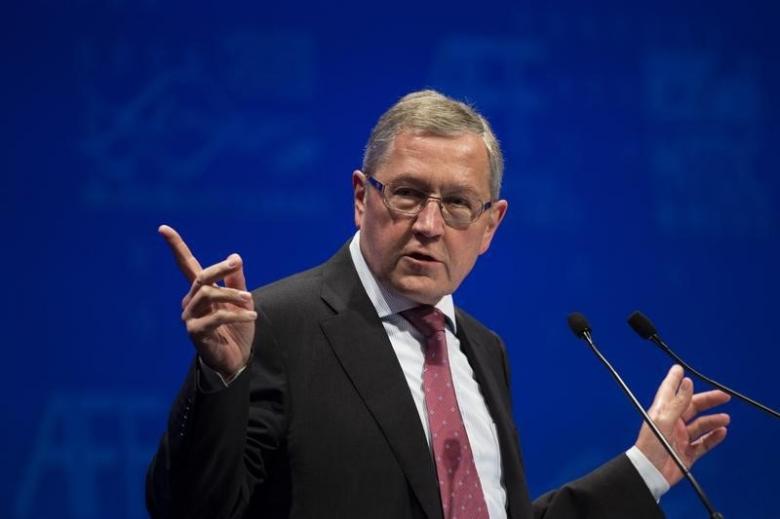 Greece will need less in emergency loans from international lenders than originally agreed in its third bailout programme due to a better-than-expected budgetary developments, the head of the eurozone bailout fund was reported on Monday as saying.

Klaus Regling told German newspaper Bild that at the end of Greece‘s money-for-reforms package in August 2018, the European Stability Mechanism (ESM) will “probably have paid out far less than the agreed maximum amount of €86bn ” because the Greek budget was developing better than expected.

The comments came shortly before eurozone finance ministers will meet in Brussels to assess Greece‘s progress in fulfilling the conditions of its bailout.

Bavarian Finance Minister Markus Soeder called for a tougher stance in negotiations with Greece, suggesting Athens should only get fresh aid from its lenders against additional collateral such as cash, gold or real estate.

“We need a plan B,” Soeder told Bild newspaper.

The review of the Greek bailout programme has been beset by delays and disputes between Athens and its European Union and International Monetary Fund creditors. As disagreement has arisen over Greece‘s fiscal targets, debt relief and promised reforms, fears have grown that Europe could face a new financial crisis.

Greece has said it cannot cut pensions any further as demanded by the International Monetary Fund while some of its European lenders, led by Germany, have rejected the IMF’s demand to grant it debt relief of some sort – perhaps on payments and maturity – now.

The Fund has insisted on debt relief and precautionary fiscal measures to ensure that Athens can meet its fiscal targets before it will consider participating in the bailout.

The German government, gearing up for election in September, opposes debt relief for Greeceas demanded by the IMF, and says the current programme can only continue if the Fund joins in.

The IMF’s participation remains unclear and this question is likely to be one of the main talking points when German Chancellor Angela Merkel and IMF Managing Director Christine Lagarde meet on Wednesday.

The IMF declined to comment on a German magazine report on Friday that it was likely to contribute up to €5bn to a third bailout package for Greece, saying its views on the deal had not shifted.

The German magazine Der Spiegel said in an unsourced report that European lenders were now expecting the IMF to contribute a sum of this size after first having hoped for €16bn.