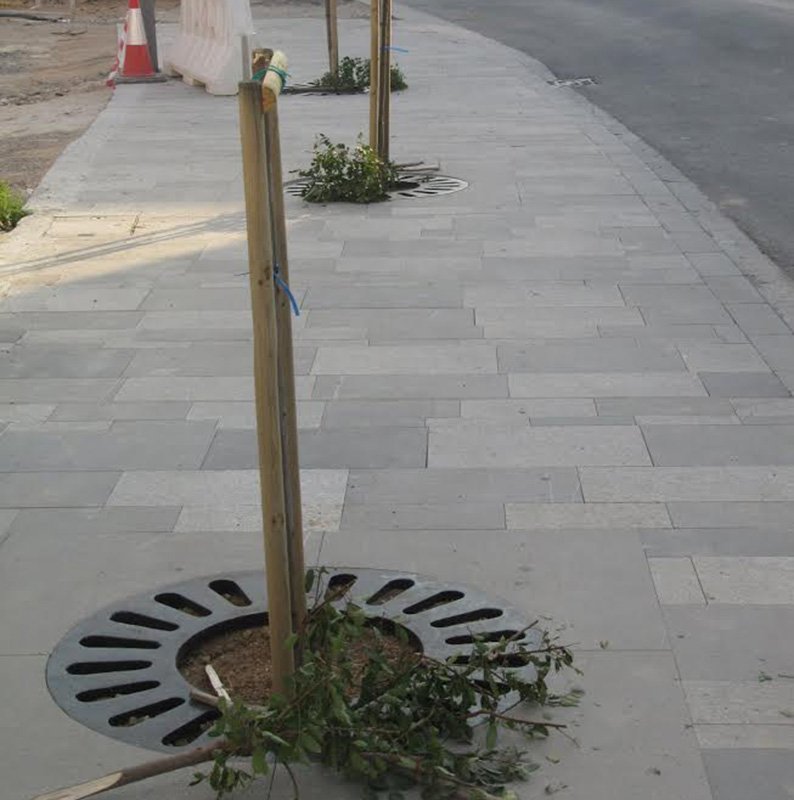 The incidents took place in the early hours of Sunday in a part of Paphos old town which is currently undergoing major upgrading works leaving some roads dug up and areas unlit.

Paphos Green Party district secretary, Andreas Evlavis, said that the mindless stupidity of such actions must not go unpunished and is appealing to the municipality and the police to ensure measures are in place to curb such behaviour.

“The three young men were captured on camera leaving a nightclub and footage shows them cutting trees,” he told the Cyprus Mail.

The incident which occurred at 3am involved newly planted saplings which are being planted around the town with the aim of beautifying the area. He said around two hours late, at 5am, the trio turned their attention to nearby shops, smashing the windows of three of the premises.

“There are not enough lights and not enough police. There need to be more police in the area, especially after 12am, at least until the roads are completed and the lighting installed.”

He warned: “We don’t want the old town to turn into another Ayiou Antoniou street,” – referring to ‘bar street’, in Kato Paphos which is in the heart of the tourist area and full of bars, clubs and cafes.

Evlavis said that store owners in the area are worried about such incidents and the lack of lighting.

“These are the actions of stupid people doing stupid things just for fun.”

One businesswoman said that a lack of lighting is ‘asking for trouble’ and that police need to be more visible in the area.

“A few months ago there were a number of burglaries around here and now this. The weekends in particular, need to have a stronger police presence and the municipality should do something about the lighting, even if it’s temporary.”

The local Green party secretary said that police mustn’t ignore the incidents or merely give the perpetrators a slap on the wrist.

These matters must be taken seriously. The police must find and arrest these three and they must pay for their crimes, there can be no excuses. We need to be stricter.”