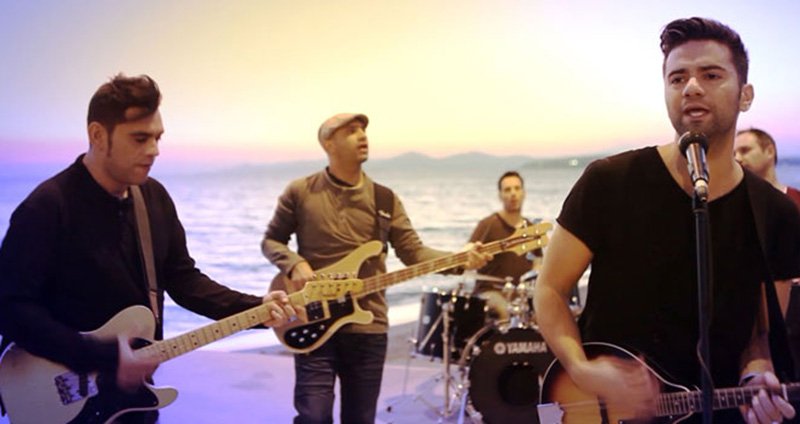 This Saturday you can dress-up – in a costume or just your Saturday evening clothes – and enjoy an evening of music in Paphos or Limassol. There will be swing, jazz and some rocking Greek music for you to choose from.

First up jazz. Bass player Alexey Rislavsky from Moscow will be joined by local pianist Leonid Nesterov from Latvia to perform a concert at Technopolis 20 Cultural Centre in Paphos from 8pm.

Rislavsky started playing various instruments at a young age but his main instruments became bass guitar and double bass. As a teenager he started performing in jazz, blues and rock bands. He completed his formal musical studies at one of the best Russian musical institutes, the Gnesin Academy. Today he is considered to be one of the best Moscow jazz and pop bass players who participates in various jazz, rock and pop ensembles, and is the main bass player in the Alexander F. Skliar and the Irina Bogushevskaya groups.

Nesterov began his music career in Latvia and has lived in Limassol since 2010. He plays with different musicians around Cyprus, sharing his passion for jazz performing with various musicians from Baltic States, Cyprus, Russia and Israel.

The two musicians will perform a mixture of well-known jazz pieces, along with some modern jazz compositions.

Also in Paphos, the Greek boy band Onirama will be performing their hits at Ano Polis from 10.30pm. The band has been rocking the Greek music scene since 2000 and has built up a sound fan base over the years. The five-member boy band, well-known for its party-like concerts, was nominated for best pop band at the fifth Arion Music Awards in 2006.

But they don’t only work well alone, they also light up any stage while beside some of the biggest names in the Greek music industry, including Adrianna Babali, Vasilis Papakonstantinou and Michalis Hatzigiannis. They also perform well in masks, well, maybe you can find out if that is true on Saturday.

On the swinging front, the Pattichio theatre in Limassol will be in a carnival mood with Doros Demosthenous and his band. Demosthenous will perform music from the golden age of swing and retro songs. The theme of the night is vintage and the dancing will be very rock and roll.

Also in Limassol, Cypriot singer Evridiki will be celebrating her birthday at the Vinylio Wine Etc, that will also be in a birthday mood. The singer, who shot to fame in the 90s with her then husband Giorgos Theofanous, will get us all in the carnival mood with her unique voice and her rocking performance on stage.

Building permits up 19% in 2016, on increased demand for luxury homes