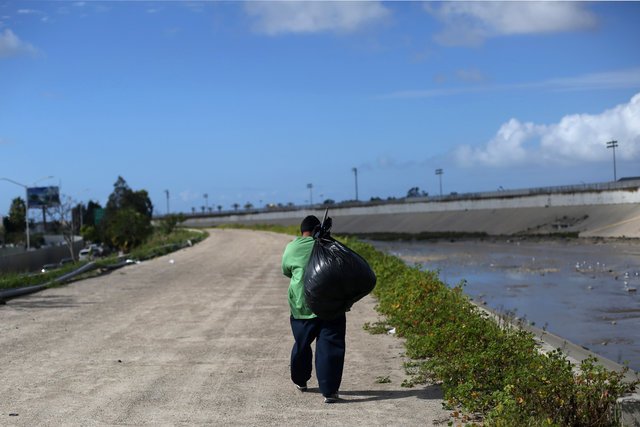 A Mexican who was recently deported makes his way back from the U.S.

A bid by U.S. President Donald Trump to deport non-Mexican illegal migrants to Mexico that has enraged Mexicans will top the agenda when officials from both countries meet on Thursday amid a deepening rift between the two nations.

The U.S. government on Tuesday said it would seek to deport many illegal immigrants to Mexico if they entered the United States from there, regardless of their nationality, prompting a fiery response from Mexican officials.

The stakes are high for the United States, since Mexico has warned that a breakdown in relations could affect its extensive cooperation on the fight against narcotics and on stemming the flow of Central American migrants that reach the U.S. border

Talking points from a senior official show Mexicans plan to seek more information on Trump’s executive orders at the summit. Officials plan to say, “We are worried about the consequences that these can have for Mexican nationals,” in the United States, the notes show.

As part of its response, Videgaray said Mexico’s foreign ministry would get involved in legal cases in the United States where it considered the rights of Mexicans had been violated.

“The Mexican government will take all the measures legally possible to defend the human rights of Mexicans abroad, especially in the United States,” Videgaray said.

The visit, which will include meetings with Mexican President Enrique Pena Nieto, as well as military, finance and interior officials, is supposed to focus on border security, law enforcement and trade, according to the state department.

But hopes for a thawing in relations are low, after a series of botched meetings last month deepened tensions between the historic allies.

“The relationship… is at such a historic low that it would be wishful thinking to assume that new concrete agenda items to advance will come at this point,” Jason Marczak, director of the Atlantic Council’s Latin America Economic Growth Initiative said.

Pena Nieto abruptly canceled a planned January summit with Trump after the real estate mogul suggested the Mexican leader should not come if he refused to pay for a border wall.

And Trump signed his first executive orders to punish sanctuary cities and build the wall, which could cost around $21.6 billion, the first time Videgaray traveled to Washington to negotiate with counterparts last month.

Trump has also threatened to rip up a key trade deal between the United States and Mexico if he cannot renegotiate it to favor American interests.

The Tuesday guidance also calls for the hiring of 15,000 more immigration agents, while subjecting immigrants who cannot show they have been in the country for more than two years to “expedited removal.”

In the past the United States has struggled to fill vacancies thanks to rigorous vetting requirements.