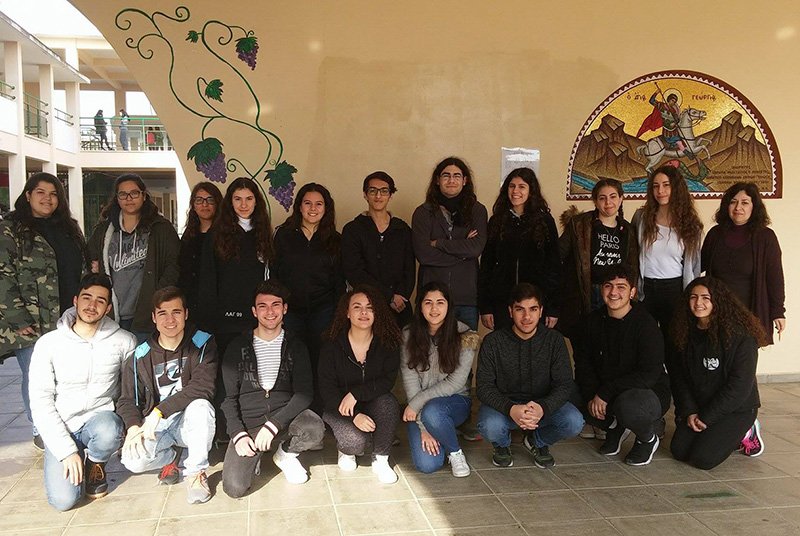 The students of Ayios Georgios Lyceum in Lakatamia, Nicosia will take on the challenge of performing the play Across the Barricades for the first time in Cyprus at the Cultural Centre indoor amphitheatre of the European University tomorrow in English.

This is not only the first time that the play will be presented on the island, but the lyceum is the first public school to present a full play in English. The play, based on the novel by Joan Lingard and adapted by Davide Ian Neville, is very appropriate for our island and the times we are living in as it concentrates on the theme of a territory being divided.

Set in Belfast in the 1970s, the story concentrates on Sadie Jackson and Kevin McCoy. Although the two characters live very close to each other, there is a huge gap between them, built on prejudice, fanaticism and fear.

At the time the play is set, the majority of people living in Northern Ireland were protestant and most of them believed that Northern Ireland should be part of the United Kingdom. But not everyone shared this view. The people who opposed this idea, who were mainly Catholics, believed they should be part of the independent Irish Republic. These opposing opinions divided neighbourhoods with barricades and both sides resorted to terrorism and lived in fear.

The two main characters in this play lived through this divide and it is through their story that we learn about the historical events of the time and how the everyday people lived through these difficult times.

Across the Barricades
Performance of the play based on the novel by Joan Lingard by the students of the Ayios Georgios Lyceum in Lakatamia. February 24. European University, Nicosia. 7.30pm. €5. In English. Tel: 22-382671

Some 150,000 people living in the north eligible to vote in referendum