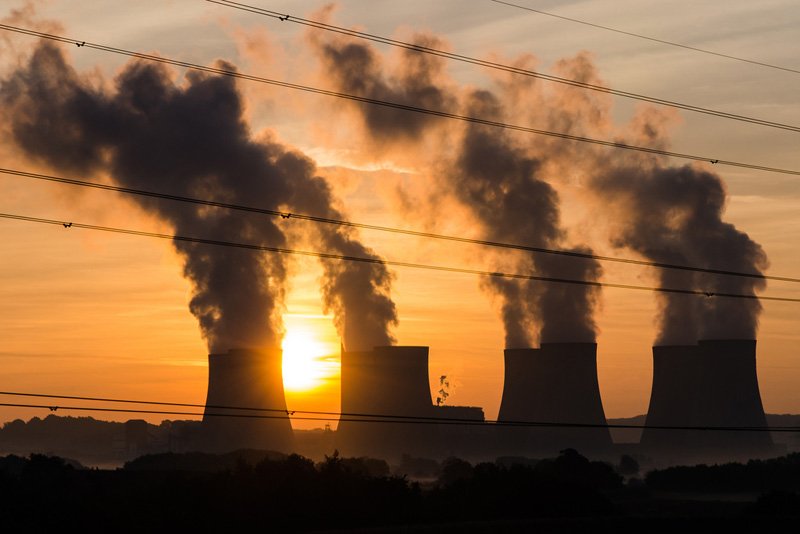 Since the Industrial Revolution, economic development has been largely based on the consumption of fossil fuels

Under its German presidency, the G20 should push for carbon pricing. This would pursue a growth agenda that both protects the environment and lifts people out of poverty.

At first glance, the outlook for climate policy in 2017 does not look too promising: Donald Trump has become president of the U.S. and has presented an energy plan that does not mention climate change. Instead, it is based on shale gas and coal. In addition, Europe’s leadership in climate policy is in jeopardy; Brexit and rising populism in the run-up to elections on the continent threaten the world’s effort to mitigate climate change.

On reflection, however, this year could be a good starting point for the achievement of new milestones in climate protection. Part and parcel of this less pessimistic outlook are the aims of the G20 and its German presidency.

Under the leadership of German Chancellor Angela Merkel, there is a good chance for a push toward implementing carbon pricing. This would allow the world to pursue a path of growth that both protects the environment and lifts people out of poverty.

Since the Industrial Revolution, economic development has been largely based on the consumption of fossil fuels. But in order to mitigate climate change, it is crucial to separate economic growth from emissions growth. Despite the fact that renewables are on the rise in many industrialized countries, coal is still cheaper than other energy carriers, especially in many developing countries. There is also an abundant supply of fossil fuels in the ground.

Putting a price on carbon would be an effective way to avoid the buildup of new coal power plants and a future of emission-intensive energy. It would also steer investments toward more sustainable infrastructure. This can be done either through a tax or an emissions trading system. At first, countries can implement carbon-pricing schemes at a domestic level, with national prices adjusting toward a long-term global convergence.

The G20 would be the ideal forum in which to promote the idea of carbon pricing: the G20 countries are responsible for roughly 80 per cent of global emissions and are thus heavyweight players in climate policy. In addition, they have all submitted their Nationally Determined Contributions (NDCs) and 18 of them have already ratified the Paris Agreement.

The good news is carbon pricing in the G20 would not start from zero.

Thirteen per cent of total greenhouse gas (GHG) emissions in the G20 are covered by some kind of carbon pricing scheme. China will introduce the world’s largest emissions trading scheme during 2017 and pilot projects in several Chinese provinces are already operational. Including China, 23 per cent of total GHG emissions will soon be subject to carbon-pricing schemes. In addition, Mexico has implemented a carbon tax and Russia is seriously considering an emissions trading system, proving that these initiatives are not restricted to the G7 countries and China.

But there is still much work to be done.

It is important that G20 leaders continue to reaffirm the message that carbon pricing is one of the most important instruments to tackle climate change. However, the new political situation in the U.S. and well-known opposition to carbon pricing from countries such as Saudi Arabia makes achieving consensus on carbon pricing very difficult.

Climate change is also a major threat to the financial system. Mark Carney, Governor of the Bank of England and chair of the G20 Financial Stability Board, has indicated that fossil fuel assets and high-carbon infrastructure will be devalued if we take the Paris Agreement seriously.

In contrast, in order to build financial resilience, investments in sustainable infrastructure have to be stimulated. The German presidency could build on the Chinese G20 initiative on promoting Green Finance: international financial flows should be moved away from polluting sectors, such as fossil fuels, toward green sectors, such as renewable energy.

Some of the G20 countries — like India — reject overly ambitious climate policies and would like to let their emissions grow further before reducing them at a later date. They argue that they have the right to economic development. This is certainly justified.

Therefore, climate-change mitigation will only be successful if a “just transition” is ensured, where emerging economies can be assured this will not hinder their development. This means carbon pricing should not only be considered in the narrow context of climate protection, but in a broader context of the sustainable development goals (SDGs), adopted by all countries in 2015. Research undertaken by Mercator Research Institute on Global Commons and Climate Change shows that with carbon pricing, climate protection and development can be achieved simultaneously: carbon pricing generates a new source of revenue for the government and even a moderate carbon dioxide price could finance infrastructure projects. Such projects could provide universal access to clean water and sanitation in many countries.

Combining environmental protection with the right to development, in line with the SDGs, provides an entry point and a pathway for carbon pricing in the G20. The policy options outlined above could be the first steps toward this objective.

Brigitte Knopf is the Secretary General of the Mercator Research Institute on Global Commons and Climate Change (MCC). She is a coordinating member of the G20 Task Force “Climate Policy and Finance” and is an expert on climate mitigation scenarios. Her recent work focusses on implementing the COP 21 Paris Agreement.

Cucumber, other food prices higher y-o-y ahead of Green Monday

Djokovic back on court in Acapulco