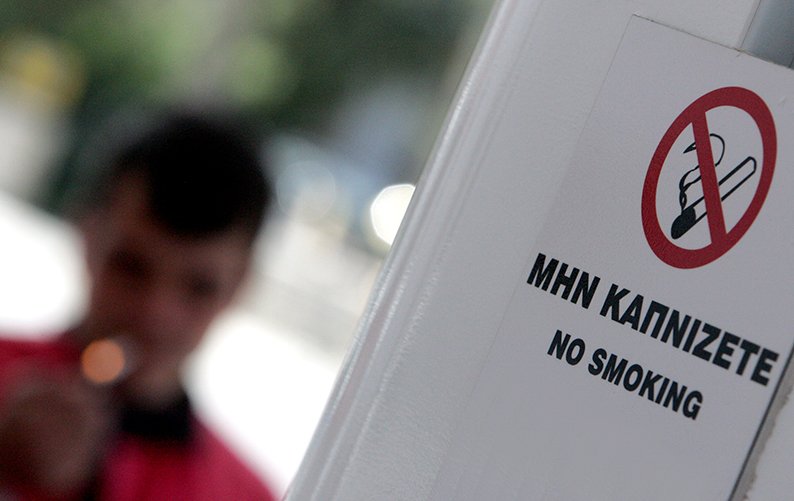 Legislative amendments attached to the government bill on smoking watered down many of its initially draconian clauses on Friday, prompting outrage by opposition parties, though the bill was eventually voted into law by the slimmest of margins.

The controversial bill, the late voting of which had brought Cyprus to the brink of a hefty fine by the European Commission, was finally discussed and voted on at the plenum, but amendments by various parties effectively negated many of the original smoking bans proposed.

The bill was passed by a razor-thin majority of 22 votes in favour – ruling Disy and opposition parties Edek, the Citizens’ Alliance, and Solidarity – while 21 MPs voted against – main opposition Akel, Diko, and Elam – and the Greens’ Giorgos Perdikis abstained.

A plenary vote on the smoking bill had already been postponed twice, as parties haggled in search of consensus, resulting in Cyprus missing the February 9 deadline set by the European Commission for passing the harmonising bill.

The bill also banned smoking in all work areas, hospitals, schools, playgrounds for children, and all their open areas, was unanimously backed by all parties, but disagreements started to surface when additional clauses were introduced to better regulate smoking.

According to these, smoking in an open area adjacent to an enclosed space, where smoking is banned, will be allowed as long as the two areas are separated by a “permanent structure”, which may or may not include a door connecting them.

A legislative amendment further relaxed the rules, allowing smoking in “open areas” – defined as any enclosed space with one side permanently open – and removed the obligation for a permanent partition between open and closed areas if 30 per cent, or more, of the outside smoking area is open.

Opposition parties decried this arrangement, claiming it paves the way for smoking to be allowed effectively everywhere.

The bill also introduces administrative fines up to €850 by the chief of health services on individuals or businesses that violate the law, and creates a national registry of tobacco producers, who may be subject to sample checks to establish the quantities of tar, nicotine, and carbon monoxide in their products.

Meanwhile, a legislative amendment proposed by Akel banning smoking inside the casino licensed last year by the government was rejected.

A representative of the ministry of commerce had told committee members during discussion of the bill that the smoking exemption for the casino had been the result of negotiations with the licensees, and its revocation may impact Cyprus’ image as an investment destination.

But another amendment, this one from Edek, Solidarity, and the Citizens’ Alliance, allowing designated “cigar lounges” – or smoking areas – at hotels, provided the air-conditioning system in these areas is separate from the hotels’ central system.

Parliament also passed a legislative proposal for out-of-court settlements of some of the offences prescribed in the new law.

Such offences include smoking in no-smoking areas, vehicles with minors on board, or closed work areas, as well as obstructing investigators and failing to put up a no-smoking sign as appropriate.

But such infractions will only be fined with €85 fines, although administrative fines may also be imposed.

Akel said the overall changes made by ruling Disy “weakened” the effort the government made through the original bill.

“It is obvious that there were attempts to satisfy big interests through amendments,” Akel leader Andros Kyprianou said.

“What has come out of this vote does not serve public health, but big interests.”

Diko leader Nicolas Papadopoulos argued that the law effectively renders the law “inactive”, as smoking will essentially be allowed everywhere.

“The end result serves the interests of specific shop-owners,” he said.

The Greens’ leader Giorgos Perdikis said that, while the initial bill was for the most part positive, legislative amendments in the end undermined it.

“I believe a big loop-hole has been opened, particularly with the 30-per-cent amendment,” he said.

In a statement after the vote, Disy censured opposition parties, particularly Akel and Diko, for voting in favour of some of the amendments but against the bill in its entirety, and noted that opposing the bill meant incurring a fine for Cyprus.

“We cannot refrain from commenting that, while Akel and Diko voted in favour of amendments to the bill, in the end they voted against the bill itself,” the party said.

“These actions suggest that they are indifferent, first of all to the possibility of incurring a fine in the millions for the country from the European Commission, but, even worse, they would allow the continuation of smoking at schoolyards, indoor playgrounds, and even hospitals.”

Disy said that Friday’s vote marked a significant step toward introducing a comprehensive political regulation of smoking, with “full respect to smokers and non-smokers, and without overlooking the particular characteristics of our country”.

Paphos ‘an example of good cooperation between state services’