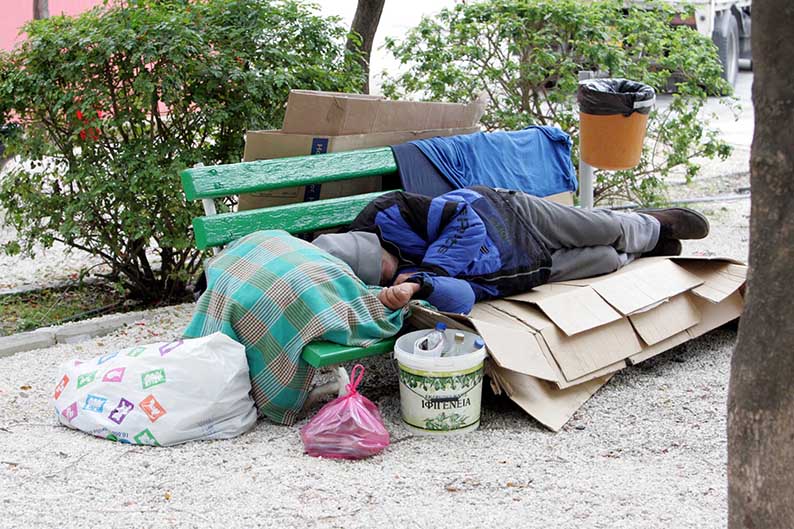 According to Christina Tsiamparta, social worker of the Limassol municipality’s ‘Social work on the street’ programme, in the past year, the group dealt with around ten cases of homelessness.

“We cannot say whether there has been an increase as there is no comparison. We have dealt with around ten such cases the past year, as municipality,” Tsiamparta told the Cyprus Mail.

The appearance of homeless people in the coastal town, which was “unprecedented” according to Tsiamparta, prompted the group to include them in their social work programme.

The group was formed in 2010 with the aim of preventing youth delinquency, she said, “but after this came up, since we have the advantage of going onsite, we decided to deal with such cases as well”.

She added that some of the homeless people they assisted, “were sleeping in cars, others in abandoned places, in tents”.

The ‘social work on the street’ programme works in close cooperation with all local agencies as well state services and is in a position to investigate onsite, when necessary, report cases and refer them to the municipality’s support services, state services, the Limassol bishopric or non-governmental organisations.

The main factor that led these people to become homeless was the economic crisis, she said, “unemployment, but also issues they could not overcome, and could not handle”.

“We go onsite to assess their condition, ask them what steps they have taken to get help, and we bring them in contact with state services,” Tsiamparta said.

“We cannot offer accommodation but there had been volunteers to assist in some cases,” she said.

“This is an intermediary stage. To provide accommodation would entail serious planning and the participation of state services. It is also costlier,” Tsiamparta said.

Following the circulation of photos of homeless people in social media last year, mainly from private individuals aiming at raising awareness among the public to garner support for these people, the group urged Limassol residents to act discreetly when coming across such cases and to call social workers.

Our View: Endless talking but no action on national health scheme