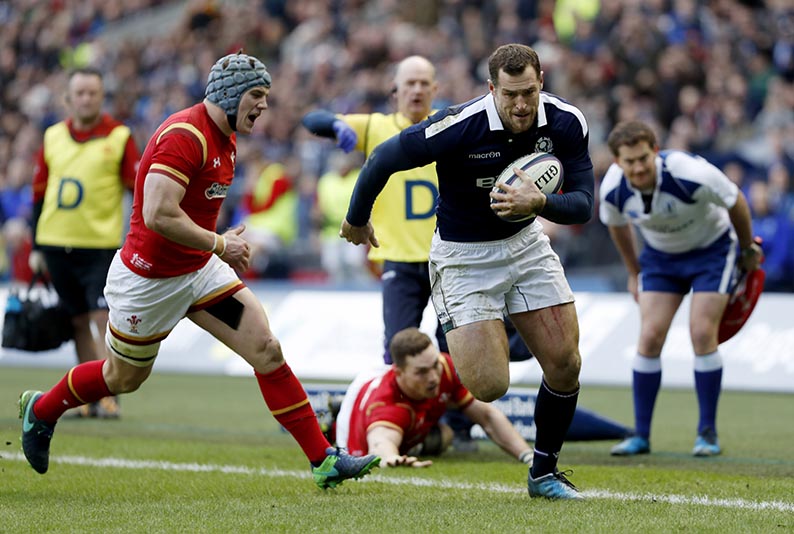 Stuart Hogg and Finn Russell shone as Scotland staged a rousing comeback to beat Wales for the first time in 10 years in an absorbing 29-13 Six Nations victory at Murrayfield on Saturday.

After an early exchange of penalties Wales winger Liam Williams crossed in the corner for an eye-catching opening try as the visitors opened up a 13-9 halftime lead.

Scotland wingers Tommy Seymour and Tim Visser finished tries set up by sublime Hogg passes after the break while Russell kicked 19 points with a perfect seven from seven record with the boot. Victory was Scotland’s first against Wales since 2007 – ending a run of nine successive defeats – as they scored 23 unanswered points to register their second victory in three matches in this year’s Championship.