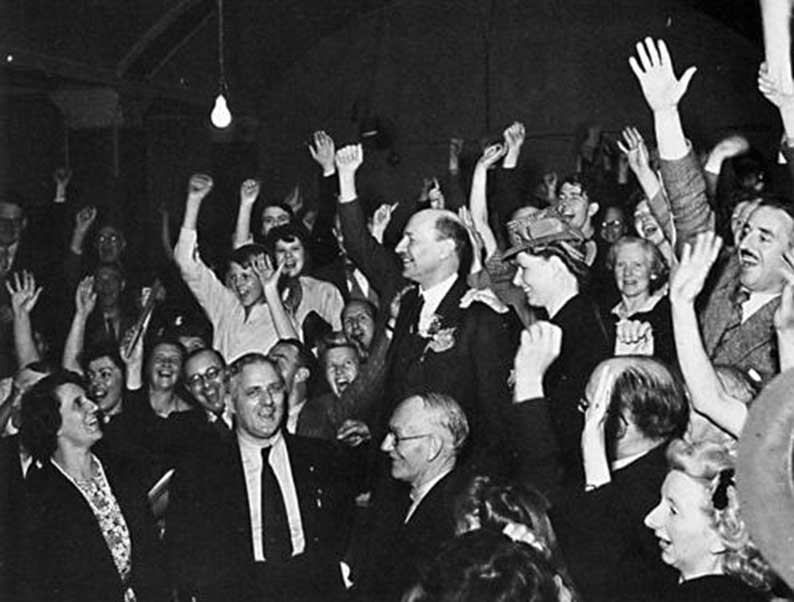 IT SEEMS that in Cyprus we have become addicted to living on a knife’s edge of invasions (Turkish and Greek), of the Turkish army breathing down our necks, of tension in our relations with our Turkish Cypriot compatriots and of economic meltdowns.

Confirming this addiction our (I avoid any adjective) deputies, carried away by the ideology of Elam – which is a blend of fascism, intolerance, hypocrisy, national salvation and fundamentalism – voted in favour of “a brief teaching of the enosis referendum” of 1950 at public schools.

And what could, I wonder, a student learn from a brief reference to such an important event? Would the teacher have the knowledge to analyse under which conditions this historic decision was taken? Would he or she be permitted by the minister of education to admit the self-evident conclusion that Enosis was an unattainable dream and the Church of Cyprus, by sticking to the slogan “Enosis and only Enosis” was unintentionally complicit in the destruction of Cyprus. Would he or she dare to explain that a maximalist national aim, regardless of how noble it may be, could cause the type of catastrophe that has been experienced in Cyprus?

Would they show the necessary mental rigour to point out that the sacrifice of so many young men was futile? I doubt it. Teachers – the majority at least – would praise the sacrifice of our heroes as if heroism was an end in itself. In the classroom, apathy, yawns, smugness and narcissism would prevail. And this would be referred to as “historical teaching!”

Engaging in research related to the Enosis referendum, the first thing you learn is the problematic nature of the Greek Cypriot leadership before independence – namely the Holy Synod which organised referendum of 1950. This leadership was politically clueless, immature, myopic and conservative and therefore incapable of evaluating correctly the conditions of the time. It completely ignored our Turkish Cypriot compatriots and the closeness of Turkey. Above all, it could not understand that union with Greece was unachievable and that its objective would have a very high price for Greek Cypriots.

Our then leadership completely failed to understand the importance of the first election victory of the British Labour Party in 1945, a social democratic party that was far to the Left of today’s Labour. If Cyprus represented the socialist spectrum of the UK, the Labour Party of 1945 would be in Akamas and that of 2017 in Apostolos Andreas. That is how great the difference between them is.

These elections had huge significance for the future of Cyprus because, as the leading figures of the Labour Party repeatedly said at the time, it was extremely difficult to reconcile a socialist government with the existence of colonies. Therefore, the 1945 elections in Britain signalled the beginning of the end of its colonial rule, but this far-reaching event was ignored by the Holy Synod as was the fact the Labour government had begun granting independence to some of its 70 colonies (e.g. India, Burma, Sri Lanka).

Unfortunately for Cyprus, the Labour Party lost the 1951 elections and was doomed to stay in opposition for the next 13 years, but before it left power it had submitted through the Cyprus governor, Lord Winster, a proposal for the drafting of a constitution for Cyprus’ self-government. The proposal would have been discussed at a conference which the British, but also Turkish Cypriot and Greek Cypriots representatives would attend. The House would have 22 members – 18 Greek Cypriots and four Turkish Cypriots. The latter would represent 18 per cent (4/22) of deputies (which was the exact percentage of the Turkish Cypriot population), while the proposal did not envisage separate majorities or veto rights. The Turkish Cypriots were recognised as just a minority.

Admittedly it was a constitution with limited self-government as the executive power would remain with the British governor. But if we consider that the British empire was shaking to its foundations, it was only a matter of time before the constitution would have been amended to one for a fully independent state, as happened in the case of other British colonies. The constitution was approved by the Turkish Cypriots, but in 1948 it was rejected by the Ethnarchy and Akel. Thus, a golden, unique opportunity to gain independence was lost and we were exclusively to blame.

The second thing you learn is the catastrophe caused by the policy for Enosis, even though we would never admit this to students or to ourselves. When the conference for the constitution collapsed, the Holy Synod and Akel promoted the idea of Enosis through a referendum in January 1950 which gave birth to Eoka in 1955 which in its turn gave birth to the truncated independence of the 1960 and subsequently the conflict of ’63. The objective of Enosis was not abandoned and the last attempt at achieving it in July 1974 caused the biggest disaster suffered by Cyprus in its long history.

It would be very wrong to isolate the Enosis referendum from the events that led to it and from the events that were caused by it. The teaching of history cannot be a la carte, serving whatever suits us. Such an approach ignores the most crucial aspect of teaching history – that is the multi-sided approach to historical events through different historic sources.

US and European politics, struggle goes on behind closed doors