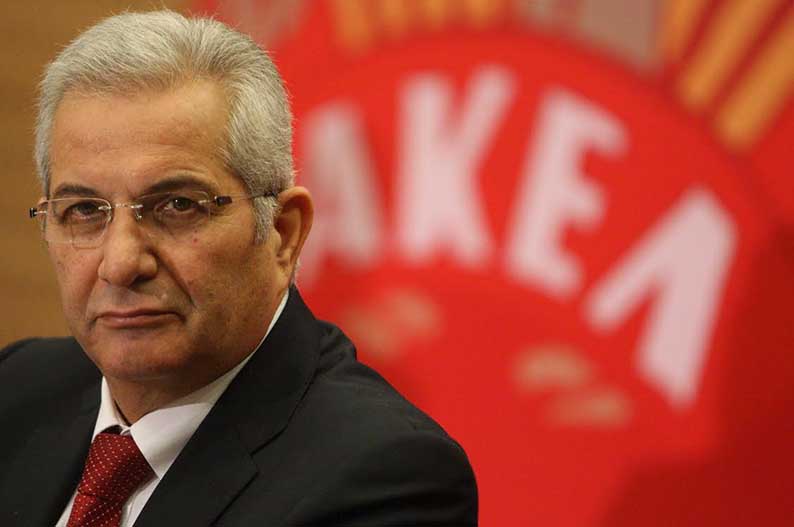 PRESIDENT Anastasiades and the leader of Disy Averof Neophytou still appear not to have understood the substance of the problem created by the House’s Enosis vote. The question of whether the Turkish Cypriot reaction was excessive or unjustified is of little relevance. The real issue is that by abstaining Disy became a bridge for Elam’s ultra-devious proposal, which sought to undermine settlement efforts, to pass in the House.

It was this stance by Anastasiades’ party that caused Mustafa Akinci’s rage. It was inevitable that the Turkish side would look for an excuse to bolster its case for the need of guarantees. It was given by Disy. Unfortunately, Neophytou and Anastasiades do not have the basic ability to evaluate and identify promptly and correctly the consequences of their political scheming.

It is not the first time the two have acted in such a slapdash way. This was astonishingly similar to their actions regarding the decision of the first Eurogroup meeting of 2013. That decision, which was based on our own proposal, provided for a one-off levy on all bank deposits that would have been pretty innocuous compared to the massacre of the haircut that followed 10 days later, after the House triumphantly rejected the first decision.

Disy took the same irresponsible stand back then – it abstained from the voting. When a week later Anastasiades returned to Brussels and was met by the collective ire of European officials he resorted to the same ludicrous argument he is using now. “In Cyprus we have a presidential system in which the House is an independent body that can take its own decisions,” was his line.

That was when the Europeans lost it, for the same reason that Akinci is citing now – because the president’s party, by its abstention, aligned itself with the demagogues. “Not even your own party did not dare vote for a decision that you had proposed to us,” he was told in Brussels.

The same inability to evaluate events in a timely and correct fashion has been shown by Anastasiades on other issues. Turkey’s foreign minister Mevlut Cavusoglu also found the opportunity to refer to the attacks against Turkish Cypriots in the south. He stressed the fact that nobody had been punished for these and argued that this justified the Turkey’s insistence maintaining her guarantees.

Two weeks ago, a report in Politis listed 16 cases of attacks against Turkish Cypriots in the south and noted that not a single person had been punished so far. The chief of police and attorney-general keep quiet whenever the issue is raised. And our president, who finds the time to rush to Limassol port to persuade the striking lorry drivers to load containers onto their lorries, never found the time to call these two gentlemen and ask for explanations.

That 16 offences against Turkish Cypriots remain unpunished, adding substance to the Turkish side’s claims that the Turkish Cypriots cannot trust us and therefore need Turkey’s guarantee, does not seem to bother the president. If we also take into account some other matters, such as his unjustified departure from Mont Pelerin, his absurd ‘red lines’ and his frequent ‘war’ rhetoric, it becomes obvious that Anastasiades is guilty of the very thing he has been accusing Akinci of – filibustering and avoiding negotiating.

The only one who seems to be in a hurry is Akel chief Andros Kyprianou. It should be noted that over the last two years Kyprianou and his party have shown a steadfast, serious and responsible stance on the Cyprus talks. They are by the president’s side supporting his handling. Even at times when he committed gaffes or mistakes and came under concerted attack from the rejectionist front, not only did they avoid criticising him but they also did everything they could to protect him and the peace process.

Akel and its leader deserve praise for responsible behaviour because they have shown that in reality they are the only ones that are committed to settlement, not just in words but also in practice.

Schools would never teach the true tragedy of Enosis

Cypriots are addicted to social media, but not so keen on e-commerce