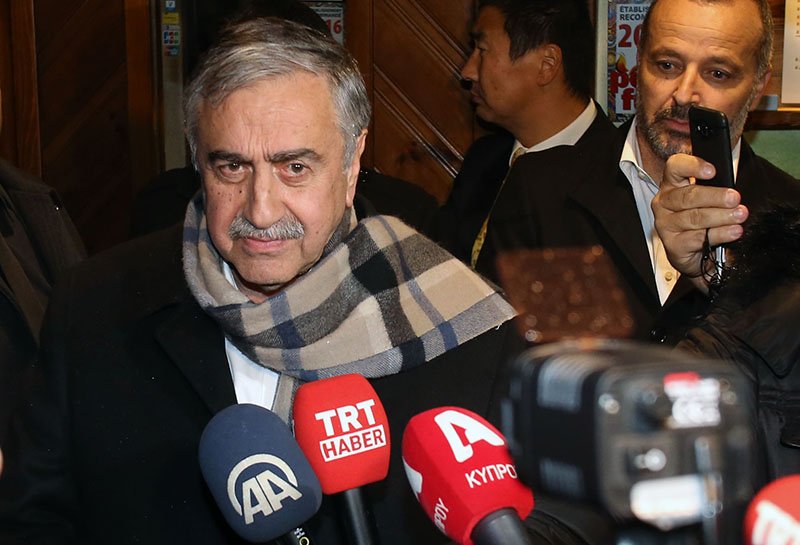 Despite President Nicos Anastasiades’ stated belief there is still time to salvage the faltering Cyprus talks, confidence in his commitment to the peace process among the Turkish Cypriot side has been fading, sources with access to the negotiations have told the Sunday Mail.

A series of incidents and the president’s overall behaviour has caused Turkish Cypriot leader Mustafa Akinci, once a firm believer in Anastasiades’ genuine desire for a solution, to question his original assumptions.

Suspicion, sources have said, first started to creep into the Turkish Cypriot leader’s perception of his interlocutor last September, when the two had agreed to jointly ask then United Nations Secretary General Ban Ki-moon to define a roadmap to an international Cyprus summit with the guarantor powers.

“In September I went to New York to explain the agreement we had reached with Mr Anastasiades on the process until the five-party conference,” Akinci, who has been called many things but not a liar by Greek Cypriot politicians, said in November.

“But once there, Mr Anastasiades changed his position.”

Anastasiades’ subsequent boasting that he came away from the Ban meeting “without deadlines” seemed to add insult to Akinci’s injury.

The roadmap was eventually agreed, and at what came to be known as Mont Pelerin One – that is, the first meeting between the two sides in the Swiss resort to discuss territorial adjustments – Akinci made a daring overture, going out on a limb by more or less agreeing to hand back more than a fifth of now-Turkish occupied territory to Greek Cypriots as part of a solution.

And then, as verified by sources on the Greek Cypriot side, Anastasiades ventured into the land of alternative facts.

Asking for a one-week break at what seemed like the worst possible time – just as a breakthrough on one of the thorniest of issues seemed imminent – Anastasiades cited ironing out some differences with decisively pro-solution leader of main opposition Akel, Andros Kyprianou, as one of the reasons the break was necessary.

Of course, as evidenced by the subsequent turn of events, Kyprianou never had any issues with anything discussed and – almost – agreed at Mont Pelerin, and it was not long before Akinci found out.

“The president did drop Kyprianou’s name when asking for the break,” a source said on condition of anonymity.

“In fact, he told the Akel leader as much once he got back from Switzerland, but didn’t explain why. Perhaps it’s because he knows that Kyprianou’s name carries weight with Turkish Cypriots and he used this fact to secure the break he wanted.”

During the break, Anastasiades went to Greece and met Tsipras.

It was at this time that Greece rolled out a precondition for participating in an international conference on Cyprus – for Turkey to accept that the agenda of any such conference would comprise only the abolition of guarantees and the full withdrawal of Turkish troops.

Days later, at Mont Pelerin Two, Greek Foreign minister Nicos Kotzias’ famous “non-paper”, which reversed a decades-old balance faithfully adhered to by both Greece and the Greek Cypriots – succinctly codified as ‘Cyprus decides and Greece supports’ – asserted that Greece would not attend an international summit on Cyprus unless Greece and Turkey first agreed the outcome between them bilaterally. The non-paper was retracted hours later, but the Mont Pelerin talks were over.

Despite reports in Greek Cypriot press that Anastasiades had been enraged by Kotzias’ behaviour, which were persistently denied by the government, Akinci and the Turkish Cypriot side believe the Greek FM may have not been acting alone.

Fences were mended at the infamous December 1 dinner, where the international conference on Cyprus was agreed, with the participation of the two sides and the three guarantor powers, but, even there, Akinci remained suspicious of the only condition raised by Anastasiades: that the summit be open-ended.

Subsequent leaks to the Greek Cypriot press that there would probably be “several, Iran-type” summits did not go unnoticed in the north, either.

Sources have told the Sunday Mail that the recent doubling-down by the Turkish Cypriot side on fleshing out political equality and the Turkish Cypriots’ effective participation in government reflects their quo for the quid of accommodating the Greek Cypriots’ demand for abolition of guarantees and withdrawal of troops.

In the Geneva conference last month, one source claimed, Akinci submitted a map of territorial adjustments, as promised, markedly not including Morphou, which he pledged he would agree to hand back at a later stage in the talks.

At a tete-a-tete with Anastasiades in Geneva, the same source added, Akinci also made another daring proposal that included the abolition of guarantees, the rapid withdrawal of troops (with as much as half departing on day one), and the remaining Greek (950) and Turkish (650) troop contingents stationed in Cyprus under the 1960 treaties to remain, but to be mandated with addressing external threats only and their status to be reviewed 10 years later.

In return, he asked for stronger terms of Turkish Cypriots’ effective participation in government.

But then, the Turkish Cypriots claim, Kotzias came in and called the whole thing off.

“The demand to postpone the Geneva summit did not come from Turkey, it came from Greece,” Akinci said earlier this week, referring to the Greek FM’s insistence that technical-level committees could not begin discussions there and then, asking for a few days to prepare.

Once more, the Turkish Cypriot side’s initial ire with Kotzias gave way to suspicion toward the President of the Republic of Cyprus.

Trust in Anastasiades, once considered by the Turkish Cypriots the most ardent pro-solutionist among Greek Cypriot leaders, has faded dramatically in the last few months.

In truth, the president is right that the recent Enosis vote by the House of Representatives was merely the excuse Akinci had been waiting for, except he might be wrong as to the Turkish Cypriot leader’s motives.

Amid stalled talks and no way in sight to kick-start them, it could well be that Akinci is trying a high-risk, high-reward move – analogous to what is known as a hail-Mary pass, or perhaps the kind of wake-up call that is brought on by near-death experiences – jolting the talks either back to life or to their final resting place.

Our View: Time for finance minister to heed EC warnings