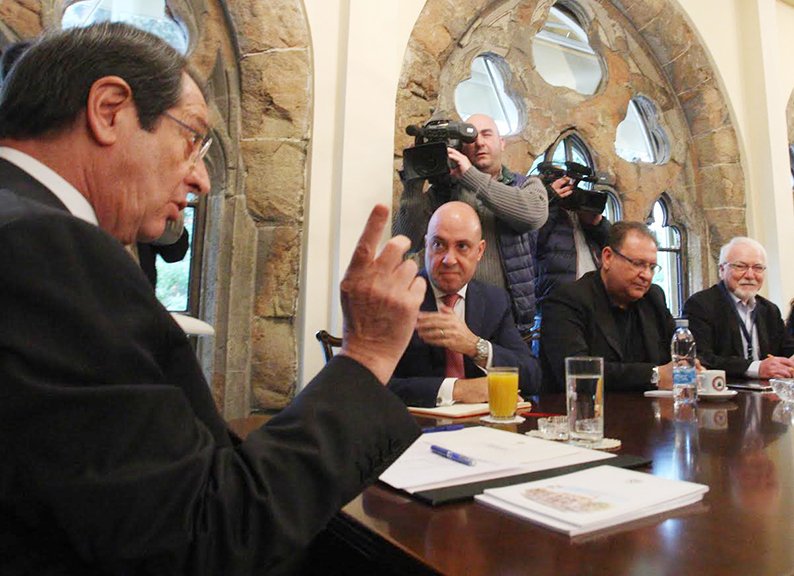 THE Cyprus Medical Association (Cyma) on Tuesday presented President Nicos Anastasiades with the results of a study they commissioned on the viability of the national health scheme (Gesy), not as an obstacle but to spark dialogue, they said.

The study mainly focuses on the issues concerning the doctors as regards the implementation of Gesy.

The head of Cyma, Petros Agathangelou, said that participants at the meeting had the goodwill “to hear the concerns that have been raised following the completion of the study, designed and intended to proceed with such practices and to lead the reform of the health sector in that coveted work, what we call a health scheme”.

He added that participants – among them the finance minister – were presented with the basic aspects of the study, “constructive suggestions and assumptions and concerns” which would lead to the improvement and implementation of the of Gesy. Suggestions, he said, and any disagreements are not aimed at becoming an obstacle, but rather to optimise discussion as much as possible on any problems, “with all the good will and sincere democratic dialogue to reach at a successful outcome”.

Health Minister Giorgos Pamboridis said that this was among a number of meetings the president has scheduled with the most important stakeholders.

Commenting on whether this would affect the implementation of Gesy, Pamboridis answered negatively and said that the timeframe had been set by the political leaders in their meeting with the president last year. “But it is not up to the government, the whole issue is up to parliament,” he said.

Earlier in the day the president also met with a delegation of the Social Alliance for the Implementation of Gesy.

The ministry had announced last week that it would present the definitive roadmap on the rollout soon. Following the meeting of political leaders with the president last year, Pamboridis had announced that by June 2017 a public organisation would be set up which would oversee hospital autonomy. Outpatient care will be introduced by June 2019, and inpatient care by the second half of 2020.

The House health committee is close to completing discussion of two bills on reforms rendering state hospitals administratively and financially autonomous. Hospital autonomy must be achieved before Gesy is implemented because under the new scheme, patients will be able to choose which doctor and which hospital to visit.

Trump’s speech to Congress is a chance for a reset