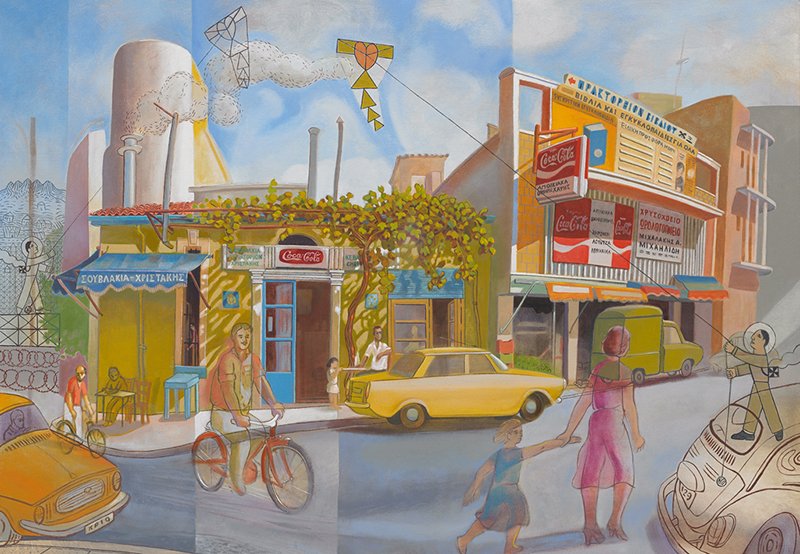 Gloria Gallery, one of the island’s longest established venues for contemporary art, is celebrating 40 years of putting art on display in Nicosia with a group exhibition under the name 40 Years of Gloria Gallery, as of Friday.

The exhibition, which will include art work by over 90 local artists, is a coming together of work from three generations of artists. The works on display represent the major artworks of Cyprus to offer art lovers a look at how art has evolved and changed over the 40 years that the gallery has been hanging work.

This celebratory exhibition is not only a way to bring together an array of art works and artists, but it is a celebration of the art world in general in Cyprus. Gloria Gallery was established in 1977 to promote new Cypriot artists and give them an outlet to show the local scene their take on art. They, therefore, were given a place in which to reflect their artistic voice and become an active part of local culture. Many of these artists throughout the years have become established locally and internationally.

A total of 750 exhibitions have been on display over these 40 years, that is 750 different, contemporary artistic voices. Each talented artistic voice was heard due to the gallery’s dedication to expand the local art scene. Many well-known local artists had their first exhibition at the gallery.

The gallery has also exhibited work by Greek artists, such as Demetris Geros, Manolis Charos, Theodoros Manolidis and others. A number of important international artists have also found a home for their work at Gloria, including the English painters Terry Frost and Peter de Francia and the American painter Judith Brown. The gallery’s diverse nature and acceptance of all aspects of contemporary artistic endeavours, reflect its lack of geographical, conceptual or political constraints. The gallery accepts diversity, enables expression and brings people together.

Gallery Gloria has not only introduced the local community to the works of new local artists and helped them become a part of the local art scene and housed art work by international artists, it has also organised for Cypriot artists to exhibit their work in Greece, Germany, Finland and elsewhere. By extending local artistic voices overseas, the gallery contributes to a cross-cultural experience for the artists and the international viewers.

The exhibition 40 Year of Gallery Gloria will be inaugurated by president Nicos Anastasiades on Friday at 7pm and Dr Charalambos Bakirtzis, the Director of the Leventis Foundation will also give an introduction.