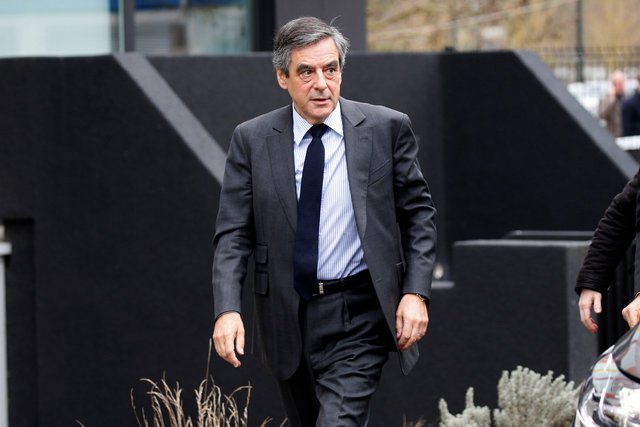 Conservative Francois Fillon promised on Wednesday to fight “to the end” in France’s presidential election despite a deepening investigation into a financial scandal, but his campaign suffered a new blow as a top aide resigned.

The former prime minister revealed that investigating magistrates had summoned him to appear before them on March 15 to be placed under formal investigation over allegations that he paid his wife hundreds of thousands of euros of public money to do very little work.

In a defiant speech at his party headquarters, he repeated his denials of wrongdoing, complained of judicial and media bias amounting to a “political assassination”, and appealed directly to the French people for their support.

“It’s not just me being assassinated. It’s the presidential election,” he said, flanked by senior party members, after a morning of speculation he was about to quit the race.

“I put myself before the French people because it is their suffrage, and not a biased procedure, that should decide who should be the president of the republic of France.

Financial markets are closely watching the turbulent French campaign, in which far-right candidate Marine Le Pen is seeking to repeat the kind of anti-establishment shock that saw Britons vote to quit the European Union last year and Donald Trump elected as US president.

In a new setback for Fillon, his key aide Bruno Le Maire resigned as his adviser on international affairs, saying the candidate had gone back on his word to withdraw from the election if he was placed under formal investigation.

New opinion polls continued to show Fillon would fail to make the second round of the April/May election, albeit by a narrow margin. They showed centrist Emmanuel Macron consolidating his status as favourite to win a second-round head-to-head against Le Pen, who favours taking France out of the euro.

“The word from Fillon is that he soldiers on regardless and that leaves Macron as the candidate most likely to win,” said Societe Generale strategist Ciaran O’Hagan.

Macron, a former economy minister who is running as an independent, was dismissive of his rival’s statement.

“This is a sign of lost nerve or lost grip on reality. Everyone needs to keep hold of their senses,” he said.

“Being a presidential candidate doesn’t authorise you to cast suspicion on the work of police and judges … or to make extremely serious accusations against the justice system and our institutions more broadly,” Hollande said.

Earlier, Fillon had triggered a frenzy of speculation he might be about to quit when he abruptly cancelled a campaign appearance at the Paris farm show without giving a reason. He later went ahead with the visit, a staple of French election campaigning.

Sources in his party, The Republicans, said Fillon spoke during the morning to former president Nicolas Sarkozy and ex-premier Alain Juppe, two heavyweights he defeated in a primary contest last November to become the party’s candidate.

According to some lawmakers, Le Maire and Senate president Gerard Larcher were pushingFillon to step down in Juppe’s favour, but Sarkozy loyalists balked at the idea.

“He (Fillon) was right on the edge of letting go,” said one member of parliament.

An Opinionway poll released on Wednesday but conducted before the day’s drama put Le Pen on 25 percent in the first round vote on April 23 and Macron on 24 percent, taking first and second places respectively.

Fillon was on 21 percent, meaning he would be eliminated from the run-off between the top two candidates. The poll showed Macron going on to beat Le Pen in the second round with 63 percent of votes.

“Opinion surveys in the coming days could be decisive,” Jerome Fourquet of pollsters IFOP told Reuters.

ING economist Julien Manceaux said in a research note that Fillon‘s stand was “unlikely to be sufficient in the eyes of public opinion.

“Mr Fillon is now the third man,” he wrote.