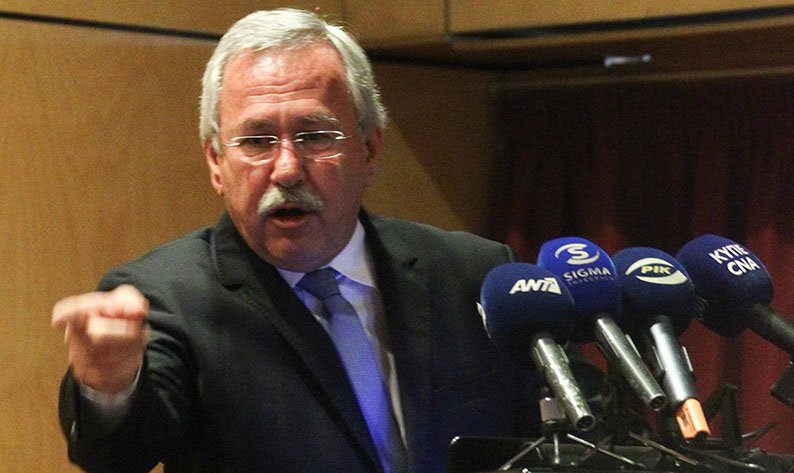 MPs have called on the interior ministry to stop threatening Greek Cypriot users of more than 1,300 Turkish Cypriot properties with eviction and to submit a report explaining the criteria they used for rent increases imposed last year.

According to Akel MP Skevi Koukouma, head of the House refugee committee that discussed the rent increase issue earlier in the week, the government’s decision was unilateral and there was no consultation with those affected.

The rent increase on those properties, was introduced last year as part of a plan by the interior ministry – that acts as the guardian of Turkish Cypriot properties – aimed at amending outdated procedures and introduce a fairer distribution of Turkish Cypriot property to beneficiaries. The move was deemed necessary after it emerged that many who hold such properties – especially business establishments in places like Larnaca– sublet them, often at inflated rates.

It also affects those renting houses in Turkish Cypriot villages which are often used as holiday homes. According to the new rates, those who used to pay €10 as monthly rent would now pay €25. Those paying between €11 and €20 will now pay €35. Property renting from between €21 and €30 will now be €45, while for those paying more than €31, the rent has increased to €50.

This concerns 1,342 establishments used by 759 refugees and 583 non-refugees.

The decision was met with discontent by many tenants who found the rent increase unfair because they had spent a lot of money over the years to fix the properties – many of which were dilapidated –  and had brought life back to deserted communities.

But according to Interior Minister Socratis Hasikos, these expenses had been recouped over the years the property had been used at low rent. The minister said last month that the redistribution of Turkish Cypriot land was already under way and that procedures had been set in motion to take Turkish Cypriot property from those who refuse to pay the higher rental rates introduced last May.

Koukouma said that the committee has asked the interior ministry to submit the study it carried on the management of Turkish Cypriot properties.

“We believe it is very important to find out what’s in this study, how it has resulted in the rent increase, what parameters were taken into account, because surely these parameters cannot apply horizontally,” Koukouma said.

Different amounts of money had been spent for the restoration of each house, she said, depending on their condition.

“This ought to be taken into account as well as the fact that, in some cases, investments made on these properties were such, indicating that users were affluent,” Koukouma said.

The committee, she said, would resume discussion on the issue after it studies the interior ministry report.

She added that they would ask the ministry to stop “the blackmail and pressure put on the tenants until it is made clear that the guardian was based on rational criteria”.

The committee appears to be divided over this issue however, as member Mariella Aristidou – a Disy deputy – said that the guardian’s actions were justified as they aim at rectifying “decades of distortions”.

Some took advantage of this scheme, she said, and turned these properties into tourist establishments or were subletting them to profit.

Earlier in the month, the Paphos district officer said that around 50 Turkish Cypriot properties had been recovered over the past nine to 10 months from users who were not paying rent or where irregularities were detected. The same policy, she said, has also been applied in the other districts.

Following the 1974 Turkish invasion, vacant Turkish Cypriot properties were allocated to refugees under the provision that the rights of the rightful owners – the Turkish Cypriots – were not overlooked once there was a solution to the Cyprus problem.

But many Turkish Cypriot properties, particularly those in isolated Paphos villages, remained empty and in deteriorating condition, so in the early 1990s the interior ministry introduced another policy, renting out properties at very low prices to both refugees and non-refugees, as long as the tenants assumed restoration costs. These properties, most of them now restored, are usually used as holiday homes.