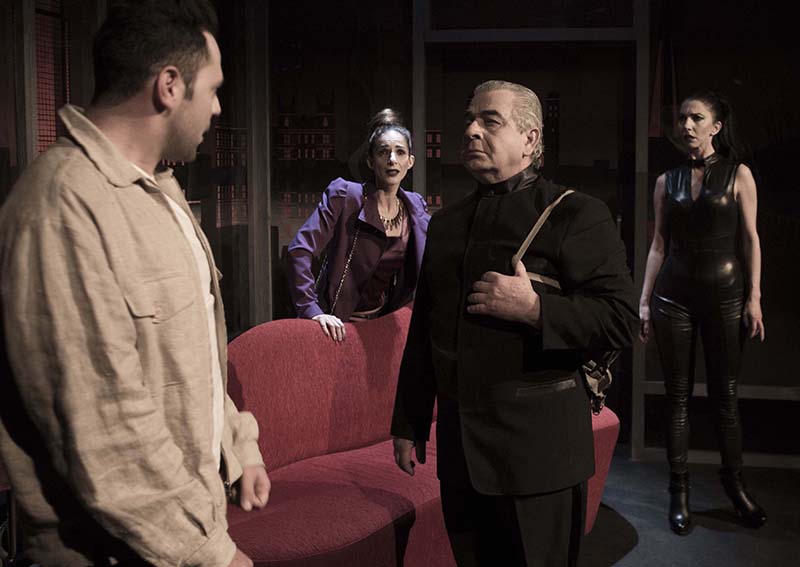 Theatro Ena in Nicosia will take a break from vampires and flowers today and tomorrow as the play currently running at the theatre, The Quintessential Vampire, will be performed at Theatro Ena in Limassol.

The comedy by Peter Brammer tells the tale of a 100-year-old human-vampire hybrid named Valentine. Valentine is a florist living with his sister Natalia in London. He runs his late-night store while he waits for his vampiric traits to kick in.

One of his human traits is that he feels terribly lonely, that is until Hayley comes along one day. Romance begins to blossom between vampire and mortal and Natalia is at her wits’ end, so she calls up their parents to handle the situation.
All things considered, Valentine begins to question his identity and if his sister has his best interests at heart. His existence becomes very serious all of a sudden.

He starts to wonder how a vampire and a mortal can have a healthy relationship without him taking a bite of her, he wonders if vampires can eat garlic bread and how easy it would be for him to turn into a bat. These are just some of the questions that plague Valentine, the quintessential vampire.