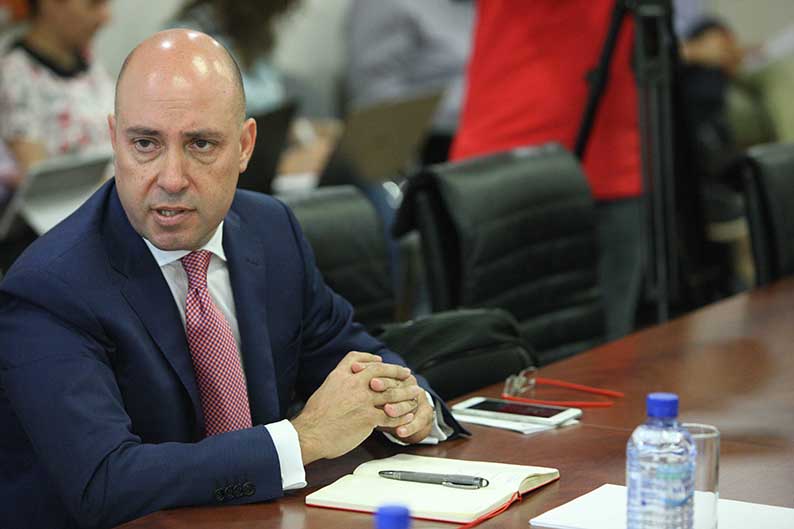 Renovation work at the Athalassa psychiatric hospital will start by the end of next week, while preparatory work on the construction of a new one is underway, Health Minister Giorgos Pamboridis said on Wednesday, following a session chaired by President Nicos Anastasiades.

Pamboridis was speaking after the second meeting in a week attended by Anastasiades to discuss urgent infrastructure problems at the hospital.

“In a bi-ministerial meeting, again chaired by the president, he was briefed on the results of a study on the schedule of the immediate renovation of infrastructure at the Athalassa facility, until such time as a new hospital has been constructed,” Pamborides said.

He added that the transport ministry’s Public Works Department and the Electromechanical Services have already reviewed all the infrastructure and a specific schedule, along with a budget, have been submitted with a view to starting work immediately.

“By the end of next week work will start on the first two wings, and by the end of the summer the wings will start to be delivered, as they will be renovated in turn, so that the effort can be concluded speedily,” the minister said.

He added that construction will be carried out by the Public Works Department, meaning no tenders procedure will be required, thus saving funds.

“I hope and wish that all will go as planned,” Pamboridis added.

Asked about Wing 14, which had been closed, the health minister said that phase two of the renovations would include a full make-over the wing, which is to be used for special services for substance abusers.

“Work on this wing cannot be done by the Public Works Department, we will invite tenders,” he added.

On the construction of the new psychiatric hospital, Pamboridis said that, since the decision has been made, preparatory work can start with recording the specifications by the health ministry and the Mental Health Services, so that they can be forwarded to the Public Works Department, in order to draft the architectural plans.

“Procedures are starting, and they have already been included in the health ministry’s budget so that the project can be forwarded appropriately,” he said.

Speaking after the session at the Presidential Palace, Mental Health Services director Yiannis Kalakoutas welcomed the decisions, noting that the president has delivered on his promises, with renovation work at the existing Athalassa psychiatric hospital starting soon.

Retired Rosberg has no regrets on return to F1 paddock