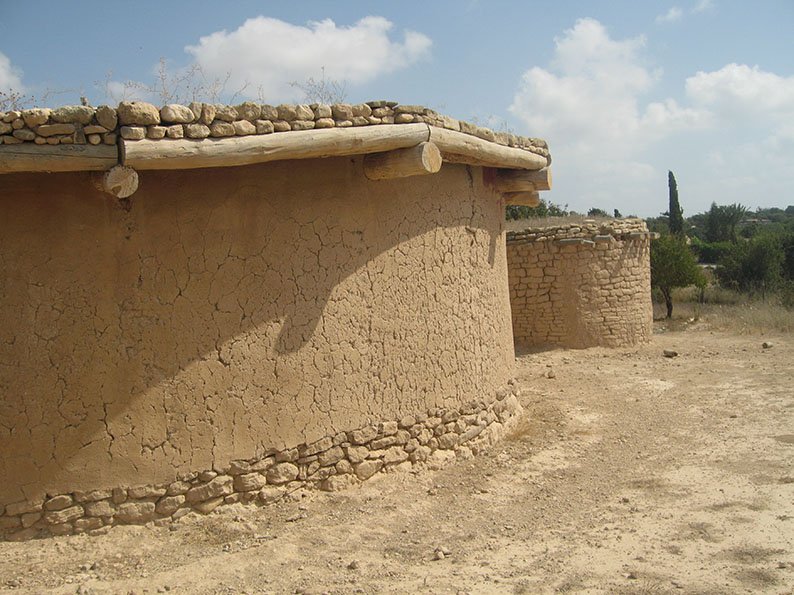 AN ancient Chalcolithic settlement site in Lemba in Paphos urgently requires maintenance, according to the local community leader.

Two roundhouses built using stone and wood as replicas of ancient ones uncovered in Lemba in the 1970s are in dire need of restoration and one has already collapsed said Thoukydides Chrysostomou.

“It is particularly pertinent as Paphos is the cultural capital for 2017, we need to protect our heritage,” he said.

The community leader said that he has begged the antiquities department on numerous occasions to restore the houses, which were built under the direction of Professor Edgar Peltenburg of the archaeological research department of Edinburgh University.

“These houses were constructed using local material to show how ancient life used to be. They are built exactly as the ancient ones they sit next to and give visitors a real idea of how people lived.”

Chrysostomou said that one round house has already completely collapsed and that the second is semi-collapsed.

“They need to be rebuilt and I have had to beg the antiquities department so many times to maintain them.”

He said that although minor repairs were carried out, the work was not sufficient.

Lemba is one of the most ancient villages in Cyprus, and was first settled in the Chalcolithic Period in the 4th and 3rd millennia BC, and stone carved female figurines from this period have been found here.

Since 1976 it has been the site of ongoing archaeological excavations by the University of Edinburgh. The ‘Lemba Experimental Village’ was established in 1982 and as well as attracting visitors it is also used for archaeological research.

Chrysostomou said that the site is also a popular visitor attraction and that thousands of visitors are welcomed every year.

“Students from all over Cyprus come to see the ancient village and sometimes seven or more school coaches are here at a time. It’s also where the famous statue of the Lady of Lemba (a Chalcolithic figurine) was found,” he said.

Lemba also became home to the Cyprus College of art in 1981, and many artists have settled there since.

Chrysostomou said he has sent a letter highlighting the matter to the department of antiquities and is hoping that swift action will be taken before both houses are completely destroyed.