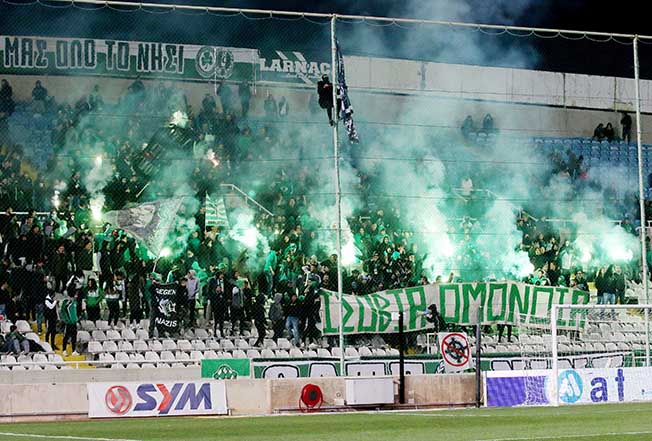 A 33-year-old man was arrested on Wednesday in connection with rioting, improper conduct and obstructing a football match, behaviour which contributed to the cancellation of the match.

The offences were committed during the game between Apollon and Omonia on February 22 in Limassol’s Tsirio stadium which was abandoned following crowd trouble.

The score was 3-1 to Apollon when referee Leontios Trattos blew his whistle to call it a day after two earlier interruptions.

In the first half, Omonia fans unhappy with their team’s performance invaded the pitch and hurled flares, forcing an eight-minute interruption.

The first half finished 2-1 to Apollon.

Firecrackers and flares were again thrown onto the pitch by Omonia fans in the 72nd minute after their team went behind 3-1.

Trattos stopped the game again and visited the dressing rooms but returned after eight minutes. Following another two minutes of play, the trouble continued, forcing him to abandon the match.