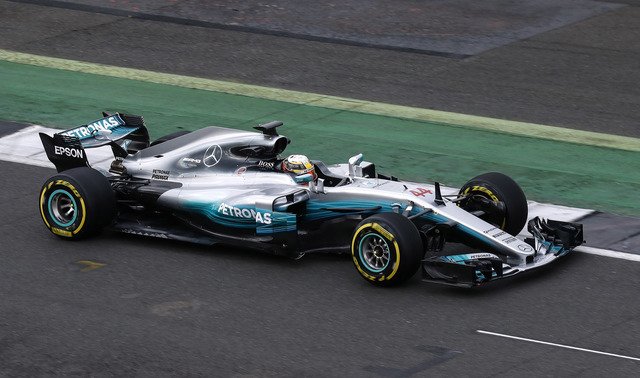 Triple world champion Lewis Hamilton has warned that Formula One’s new cars, while better looking and thrilling to drive, may not do much for the racing when the season starts in Australia on March 26.

The Briton, clear title favourite after the retirement of Mercedes team mate and champion Nico Rosberg, said overtaking could be even more of a problem than it was before.

“Now the turbulence is easily twice as powerful from the car, coming out of the back of the car,” he told reporters after three days of testing, with Mercedes doing more laps and going faster than any of their rivals.

“So that just magnifies the issue we had before.

The testing time set by Hamilton’s new team mate Valtteri Bottas on Wednesday would have put the Finn on pole at the Spanish Grand Prix in any year since the Circuit de Catalunya changed layout in 2007.

Hamilton, who had concentrated mainly on putting on mileage, said the performance was “amazing” in terms of the speed carried through corners.

“It definitely is the fastest that I have ever driven in Formula One,” said the 32-year-old, who made his debut with McLaren in 2007. “We’re flat (out) in corners that we’ve never been before.

“I hope that it splits the men from the boys,” he said of the physical challenges the cars impose on drivers with the fatter tyres and revised aerodynamics subjecting them to increased G-forces through corners.

The greater downforce means drivers no longer have to brake into some corners, allowing them to go through without even lifting.

“In actual fact we are slower on the straights but it’s how late and deep you can brake into the corners, it’s how quick you can get back to the gas, how you are able to take the corners flat out easily,” said Hamilton.

“It’s quite unreal. It’s amazing. I’m coming through some of these corners…and I’m like a kid on a roller-coaster ride because it’s so much better than it was before. But following is not good.”

He said it was great that Formula One had made changes but engineers had warned of the consequences.

“Following is not easy. It’s worse to follow another car,” said Hamilton. “I don’t know how that’s going to play out in an actual race when there’s lots of cars.”

That may not be so much of a problem for Hamilton, whose Mercedes looks so quick that he can expect to start from the front. He smiled: “That’s the plan.”