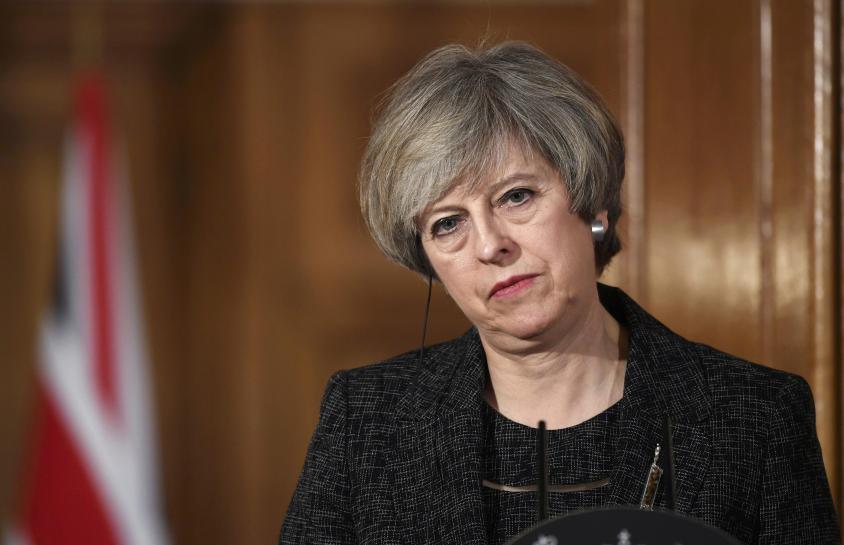 British Prime Minister Theresa May took aim at Scotland’s ruling party on Friday, accusing nationalists of sacrificing not only the United Kingdom but also Scotland with its “obsession” with securing independence.

In a damning critique of the Scottish National Party (SNP), May told Conservatives in Scotland she would lead the whole of the United Kingdom out of the European Union.

First Minister Nicola Sturgeon’s SNP has stepped up calls for a second referendum, saying May’s “sheer intransigence” in Brexit talks could push Scotland, which voted to remain in the EU, out of the bloc’s single market and end EU immigration.

“We all know that the SNP will never stop twisting the truth and distorting reality in their effort to denigrate our United Kingdom and further their obsession of independence,” May told the Scottish Conservative Party conference in Glasgow.

“A tunnel vision nationalism, which focuses only on independence at any cost, sells Scotland short.”

Her speech, using some of the toughest language on Scotland since she became prime minister after Britain voted to leave the EU last June, was a warning sign to Scotland that she was determined to keep the United Kingdom together under her watch.

Her words will no doubt fuel tensions between May’s government and Sturgeon’s nationalists, who say Scotland should have a chance to decide its future because, unlike England and Wales, it voted to remain in the EU and wants a separate deal with Brussels.

However, despite May’s opposition to a second referendum, it is not clear if she would actually block it should the Scottish government call one.

Scots voted against independence in 2014 and opinion polls show that while more people may now vote in favour, the nationalists still lack a majority.

Sources close to the Edinburgh administration told Reuters last week it is increasingly confident it can win a new referendum and is considering calling one next year.

May said she saw no economic case for the United Kingdom to break up and dismissed Sturgeon’s fears that the government in London could use Brexit as an excuse to take back powers from her government in Edinburgh.

“As I have made clear repeatedly, no decisions currently taken by the Scottish Parliament will be removed from them,” she said, after the SNP aired fears that London may take decisions over fisheries and farming policy – areas the government might look for compromise in EU talks.

The Conservatives are far less popular in Scotland than they are in England, holding only one of Scotland’s 59 seats in the British parliament. The SNP holds 56.