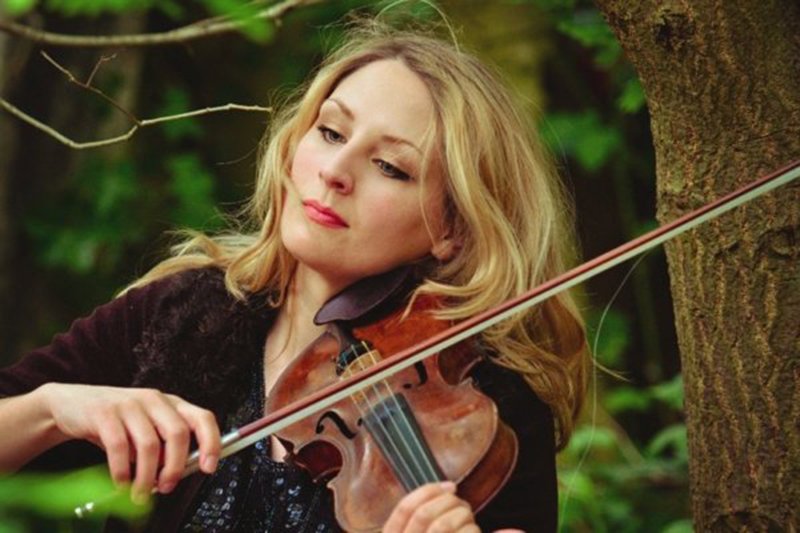 A musical treat is coming up in Paphos next week when London-based singer, violinist, songwriter and composer Alice Zawadzki will give three performances with Misha Mulov-Abbado on double bass and Luca Boscagin on guitar.

The musicians will first hit the Droushia Heights hotel on Thursday at 8pm and then do it all again on Friday, first at Technopolis 20 Cultural Centre at 8pm and then in a late-night performance at Timothy Art and Bar at 11pm.

This is not the first time Zawadzi has performed on our island as she gave a sold-out performance in October and is back by popular demand. She returns with the company of two of London’s in-demand, award-winning international musicians. Together the musicians have played in some of London’s leading jazz, folk and blues venues, including Ronnie Scott’s, 606, Pizza Express Jazz Club and Vortex, and have also given concerts in the Royal Albert Hall. And now the trio is ready to bring their jazz, folk, pop and rock sounds to three hot spots in Paphos.

Anglo-Polish Zawadzki was exposed to New Orleans jazz and gospel at an early age and was extensively trained as a classical violinist. She was also interested in exploring improvisation, poetry and folk music – something that has gained her the title of “a genuine original” by The Guardian.

She released her debut solo album China Lane in 2014, a collection of original songs and arrangements infused with modern, ancient and invented folklore. This first album was made Album of the Week by BBC Radio 3 and made the Guardian’s Best Albums End of Year List.

Zawadzki performs extensively as both a soloist and as a collaborator. Her distinctive voice can be heard on numerous film and television scores, including Disney’s major motion picture African Cats and Charlie Brooker’s Black Mirror for BBC. She also performs live as vocal soloist with the Prague Philharmonic for George Fenton’s Planet Earth Live in Concert.

She has also premiered several new pieces, including Daniel Cohen’s Reciprocity at the Ottawa Chamber Music Festival, and has performed on acclaimed albums for a number of well-known record labels. The musician has also passed on her knowledge of music while teaching at the RNCM, Salford University, the University of Kent and the Engines Orchestra.

Italian-born guitarist and composer Boscagin has released three albums – Touch and Go, Four Steps and Playground – with his band Jazzbrekers. The band has also re-arranged some of rock and roll’s most famous hits, including songs by The Doors, Incognito and The Police.

Boscagin’s warm tone, fluent improvising and musical intuitiveness has made him the guitarist of choice for many celebrated musicians, both in Europe and America. He has also been sought out to accompany some of the UK’s most highly regarded vocalists, including Emilia Martensson, Heidi Vogel and Marta Capponi.

Mullov-Abbado, bass player, composer and arranger, is the winner of the 2014 Kenny Wheeler Jazz Prize. He has recently released his debut album New Ansonia consisting of all his own compositions.

He has performed with a variety of musicians, including Stan Sulzmann, Paul Clarvis and Enzo Zirilli, and at the moment he co-directs the Patchwork Jazz Orchestra, a new big band in London that plays original compositions written by members of the band.

Mullov-Abbado, who has been called hot UK jazz news due to his composing talents and his “propulsive bass-playing” by The Guardian, is the perfect finish to the trio.

Alice Zawadzki
Live performance by the violinist and vocalist, together with Misha Mulov-Abbado and Luca Boscagin. March 9. Droushia Heights Hotel, Paphos. 8pm. €15 including a drink. Tel: 26-332200