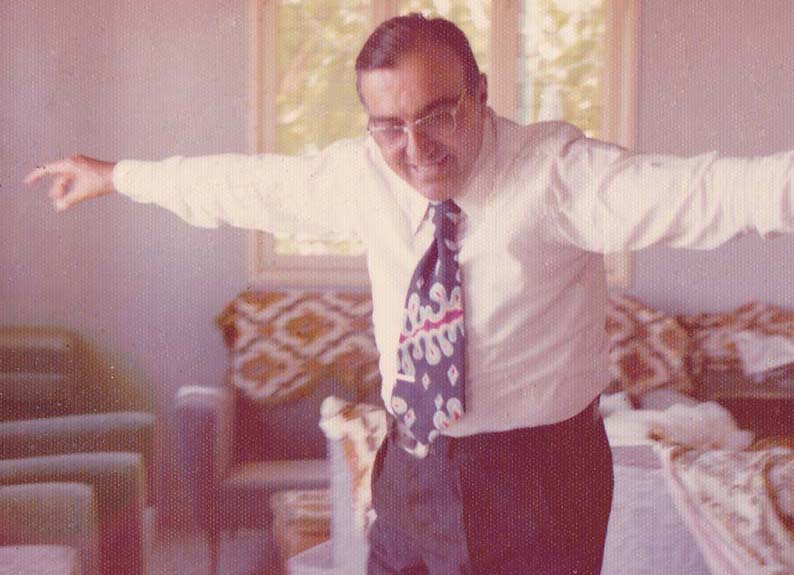 Sixteen years ago, young George Eid made an oath to his dying Greek grandfather in Beirut: to find the roots of his family who moved from Smyrna to Lebanon in 1922 and reconstruct the history of the Greeks in Lebanon.

Fulfilling the promise took a bit of time but George, now a journalist for a large network, has done it.  ‘Kalimera from Beirut’ is the first documentary about the Greek community in Lebanon, and it is about to be finished.

George may not have Greek nationality, but his heart, he says, is Greek. “I have great respect towards the Greek culture and will continue to work for the fulfillment of this purpose. I will never forget that in 1922 many people were forced to leave by force from their homes. Forced to uproot,” he said.

September 1922 signalled the end of the Greek and Armenian presence in the city of Smyrna.  On September 9 the Turks entered Smyrna and drove the two communities out, burning down their houses and destroying their property. Most fled by boat and ship.

“My grandfather, along with his father Josef and his mother Galatea, who came from Samos, arrived at the port of Beirut in 1922, when they were forced to leave Smyrna in a hurry, on board a small boat, and seek a new home in Lebanon,” the producer of the documentary said.

Nobody was really sure where they were going to end up, and families were separated.

“The first thing everybody wants to know is why these Greeks didn’t go to Greece but came to Lebanon and other countries,” said the president of the Greek community in Beirut, Panos Andrioti, who appears in the documentary. “We shouldn’t forget that tens of thousands of Greeks who fled Turkey at the time went in many different directions. There was no other solution.”

According to Marie Therese Fellas from the Greek Club of Beirut 30,000 refugees ended up in Lebanon. Most of them stayed in Beirut, close to the sea which they hoped would eventually carry them back to their homes.

This hope was one many clung to for a long time.

“My grandmother never learnt Arabic and rejected the idea,” descendent of Greek immigrants Elie Choueiry said. “They thought they would return. She always had a key to her house with her in her bag because she was hoping to go back there one day.”

In Beirut they kept their traditions alive. “Every Saturday we had a table with the kids, ate and danced Greek dances. People broke plates and upset the neighbours,” George’s grandmother remembers.

The documentary describes how, as numbers swelled and an interest in Greek food, dance and language grew, the Greek Club was founded where young and old gathered. It opened its doors in 1961.

A Greek school also opened in Beirut in 1958. This was originally a primary school which was later expanded, and the first graduates of the gymnasium got their leaving certificate in 1973.

By this time, the community was prospering. Having long left behind thoughts of going back where they came from, they slowly acquired property and found jobs in Lebanon.

The civil war which broke out in 1975 put a sudden stop to the prosperity. After seeing just two years of graduates the Greek school quickly closed and many left the country, most of whom never returned. Now there are about 10,000 people of Greek descent in Lebanon.

Though some have married Lebanese and others have only one parent who is Greek, they still value their ancestry.

George was able to establish some connection to his Greek ancestors when he travelled to Samos in 2016 to fulfil his promise to his grandfather and is hoping to find more after he releases his documentary on March 23.

The only two documents he had with him to help on his trip to Samos were a postcard sent from Samos to Beirut in 1957 signed by two of his relatives, the sister of his great-grandmother, Maria and her husband Michalis who stayed on in Samos, and a photograph of his great-aunt on a donkey in Samos.

“We found the families and later on the grandchildren with whom we communicated,” George said after his visit. “We found our roots.”

“We have both cultures,” Marie Therese Fellas says in the documentary, “and having two cultural backgrounds enriches us.”

“The Greek spirit is always there. How can it be forgotten? There is no way it can be forgotten,” Andrioti added.

George Eid’s documentary is available to watch for free after March 23 twitter.com/menbeirut

For the love of a decent garden

In film and life, ‘Chief’ Erdogan looms large ahead of Turkey referendum